The trans-Tasman row over the Rugby Championship is escalating and it is still not confirmed if the All Blacks will play the tournament. 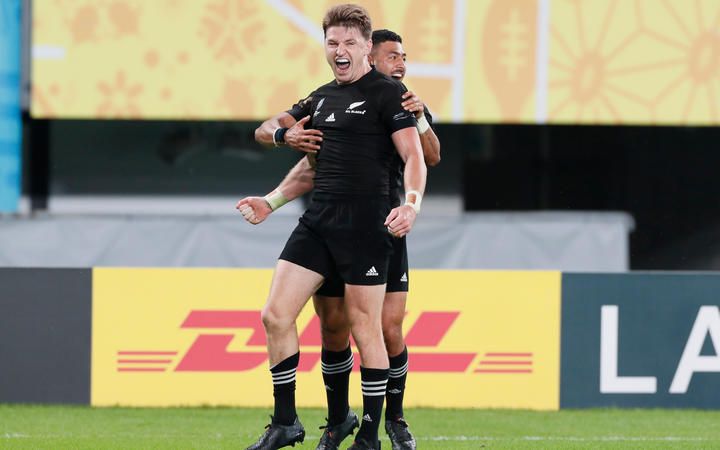 SANZAAR have hit back at NZ Rugby over scheduling frustrations that mean All Blacks competing in the Rugby Championship will miss Christmas with their families because they'll still be in managed isolation.

SANZAAR chief executive Andy Marinos revealed a similar request had been made for Australian players during talks over the championship being held here. He says NZR denied the request.

But New Zealand Rugby Players' Association chief executive Rob Nicol said there had been confusion around the draw.

There were more hurdles, he told Morning Report, adding it was yet to be confirmed if team Argentina - whose players have had Covid - would be allowed into Australia.

"When the tournament was going to be in New Zealand and there was no mention of Australia it was looked at six games over six weeks. It was actually us in conversation with the Australian and South African players.

"One of the things we realised when talking with those guys was if they went back to Australia they would have been quarantine over Christmas, and we're like 'that's no good'."

Nicol said then there were talks with NZRU of playing the six games in five weeks - so that all the players could make in time for Christmas.

He understood that that was part of the bid, but found out yesterday that it would be six games over six weeks.

He said the first move now would be to interrogate SANZAAR and Australia.

"... the left hand doesn't know what the right hand's doing."

If there was no solution reached, then the association would look at other options, he said.

"New Zealand's bid was to finish on the 5 December to get the Australians ... and Argentinians back home, leaving here on the 6th."

He said the situation was adapted for that reason.

The draw was released yesterday had All Blacks set to play their last game (against Australia) on 12 December.

Nicol would not comment on whether the team would do one less day in quarantine in New Zealand to be able to spend Christmas with their families.

"We haven't actually confirmed the tournament. We're still waiting on all the protocol for the whole tournament itself.

"Ultimately it will come down to individual players looking at the plan ... they all want to go, desperately want to represent the country, they want to see rugby back up and running for the reasons we know they want to put a smile on people's faces, see businesses getting up and running off the back of that.

"They all want to go - there's no questions there - but some of them have got other pressing personal issues that they are going to have to weigh up with themselves and their families."

He said South Africa had yet to confirm they would attend because they only started training last weekend.

"Argentina are currently in Uruguay ... around half their squad have had Covid, so they've got some challenges."

As for team New Zealand, he would not say if the tournament was on or off the table just yet.