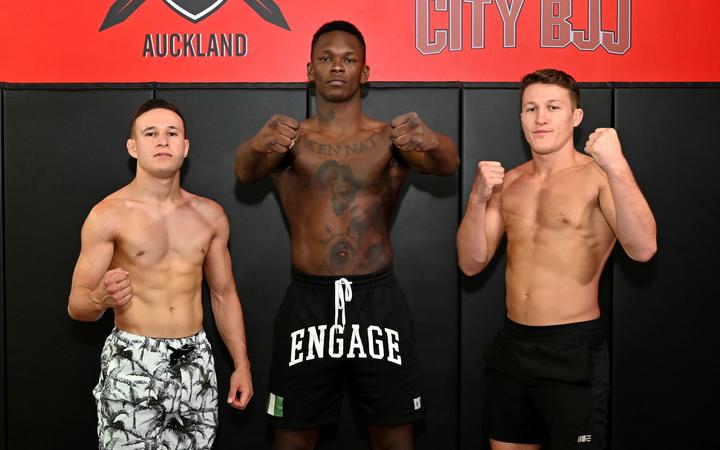 The reigning New Zealand Sportsman of the Year will be challenged by another undefeated fighter - Brazil's Paulo Costa.

It had been touted as a battle of speed versus size, and precision versus power.

While many, including UFC boss Dana White, believed the fight would be an epic, the Kiwi star expected one-way traffic.

"People say it's the 'Fight of the Year', like Dana White said that.

"But that's only if he's tough enough to take a beating from me for five rounds. I just don't think his gas tank is going to hold up.

"I'm not downplaying the stakes, but I feel like for my legacy, it's just the look of it. People are still fooled by muscles."

Also in the spotlight was the undefeated pro records of both athletes.

But for 19-0 Adesanya, keeping that tag against 13-0 Costa hadn't been a motivating factor.

"That's like the same thing [for me] as the title.

"I've said since the jump that the title is just a fancy tiara. I just get to grab it along the way on my journey to greatness.

"It's the same thing with being undefeated. It's never really been a thing that I have to keep and protect."

One thing the Nigerian-born Kiwi did undoubtedly care deeply about was his team-mates.

Ranked seventh in the flyweight division, Kara-France said having a 12-strong contingent from the over-achieving Auckland gym on Fight Island was a huge plus.

"It definitely makes it a lot more comfortable. You're just so familiar with these faces you see day in and day out at the gym.

"That's going to make all the difference on fight night. Being back stage blasting some Kiwi music, some Six60 or some Poi E, and then coming out to the cage."

A fighter of Māori descent, Kara-France was taking on 10th-ranked American Brandon Royval and said it meant everything to represent New Zealand and his culture on the world stage. 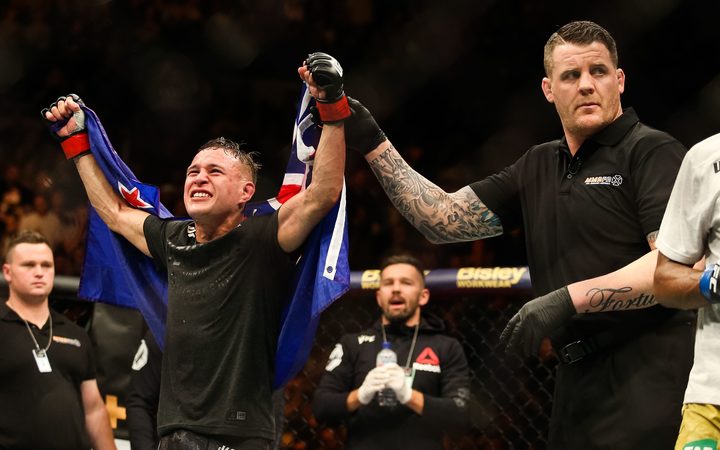 "This is embedded in me, this is in my blood.

"My ancestors, my tīpuna would have been doing this a hundred years ago, fighting for land and I'm just a modern-day version of that. That's what I channel when I fight.

"It's the feeling, it's the wairua and it's the mana you take with you. I feel like that's what we embody at City Kickboxing."

That pride drove an intense dedication, which had been much-needed in the lead-up to the event.

The CKB team had gone through two long-haul flights, a pair of two-day quarantines and everything else that comes with staying protected from Covid-19 just to be in Abu Dhabi.

The demands of the international TV market also meant the Kiwi contingent would be fighting between 4am and 7am.

Not that that had been a worry for Riddell, who was up against another Brazilian, Alex Da Silva.

"The body adjusts pretty quick, and a lot of it is mentality. This is just business week, nothing else matters except getting the W so you do whatever you have to."

It was an attitude which - along with their renowned team-first focus - had been key in the gym's success. 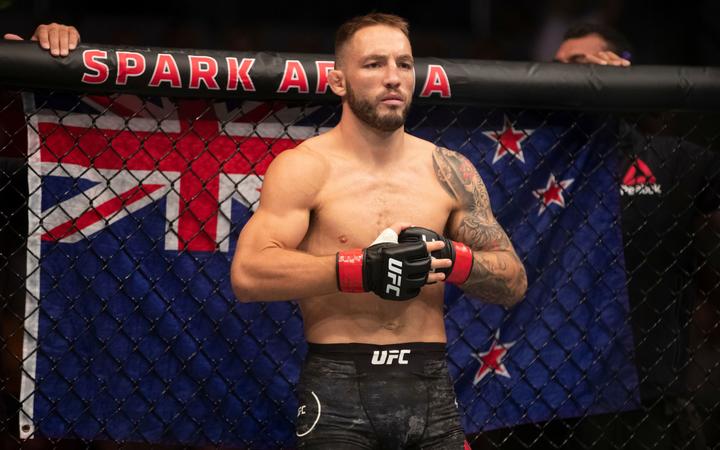 And Shane Young, returning to action after a rollercoaster 18 months out, was adamant they were not done yet.

"I hope, one day, to have eight [CKB] fighters all on the same UFC card, in New Zealand or Australia.

"Basically just run the whole show based around City Kickboxing. I know we've got the potential and there's so many dudes in our ranks that could just slay it right now"

The immediate focus, though, was on performing on Sunday.

Another member of City Kickboxing's UFC stable, Dan Hooker, was confident in his teammates.

Especially in their biggest star.

"I see that fight being pretty one-sided. I see Israel picking him apart.

"Paulo Costa is too slow, too muscle-bound. The techniques he is able to utilise are very limited. His arsenal is very limited.

"If you look at Israel Adesanya's arsenal, it's massive. It's got doors out back and down the hallway and when you compare the two it's difficult to see this even being a competitive match-up."

And he remained amused, rather than offended, by critics who said otherwise.

"They're lucky I like the whole hype thing because I've lived off that through dance. I love hype, especially when the crowd goes crazy.

"I've been fighting in this company for how long? So short, and I'm the champion who has defended his belt twice.

That hype train pulls into town yet again on Sunday.