The All Whites game against world football No.1 Belgium has been cancelled due to player unavailability. 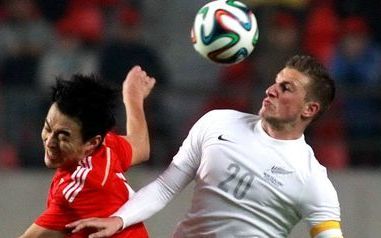 New Zealand Football have withdrawn from the 9 October fixture in Brussels because they could not get enough players together.

"We are incredibly disappointed to be in this position but from the outset our first priority was our players," New Zealand Football chief executive officer Andrew Pragnell said.

"As it currently stands we aren't able to get enough of our team to the game and back to their respective countries without major disruptions to their domestic seasons.

"We knew when agreeing this fixture that the impact of Covid-19 was fluid but with a number of our squad unable to travel due to Covid restrictions, or having to go through significant quarantine on their return home, it became unfeasible.

"It would have taken them out of contention for their club sides and impacted on their long-term development as players and their careers."

Amid Covid-19 restrictions across various countries, football governing body FIFA have relaxed rules for the September and October international windows, so clubs weren't obliged to release players as they usually were.

The All Whites were also scheduled to play fourth-ranked England on 13 November and NZF said it was continuing to monitor the situation for that game and other possible fixtures.