New Wallabies coach Dave Rennie has warned New Zealand Rugby (NZR) that his side won't be playing any Bledisloe Cup tests before 17 October because coronavirus protocols would not allow them to prepare properly for it. 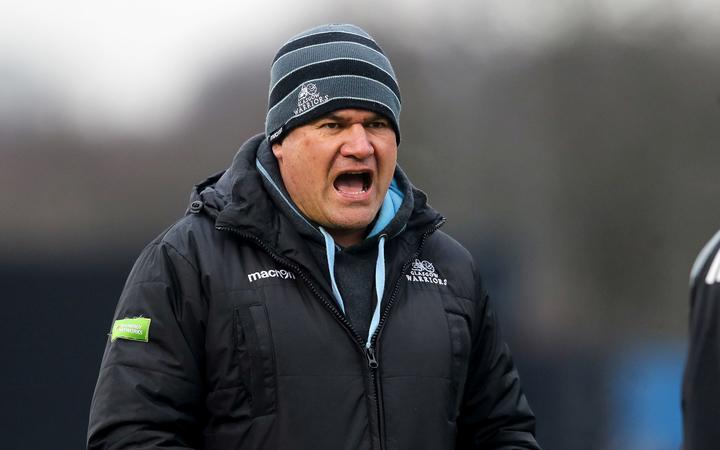 New Zealander Rennie named an extended 44-man squad on Sunday for two tests against the All Blacks before both sides head back to Australia for the southern hemisphere's Rugby Championship.

NZR said on Friday the two matches had yet to be confirmed but pencilled in 17 and 24 October for the games, although earlier this year the matches were being considered for 10 and 17 October, something Rennie suggested was still being pushed.

"New Zealand Rugby's got an expectation that we jump on a plane a day after the Super Rugby final (19 September), have two weeks in quarantine where we can't prepare as a team and play a test seven days later," Rennie told reporters on Sunday.

"Under those quarantine arrangements I can assure you we won't be playing a test that weekend (10 October)."

New Zealand's strict bio-security protocols, where teams would only be able to gradually train in larger groups as they go through the 14-day isolation, was a primary reason why Australia were granted the Rugby Championship.

Australia's protocols allow teams to train together as an entire squad in a bio-security bubble from the first day.

Rennie's first squad included 16 uncapped players as he had the delicate balancing act of rebuilding for the next World Cup in France and attempting to win the Bledisloe Cup for the first time since 2003.

"No-one will be happy if we keep saying that we've picked a squad for the World Cup and we don't get any results for the next few years," Rennie said. "We've picked obviously with an eye to the future.

"But a lot of these young men have been given their opportunity at Super Rugby level and they've fronted."