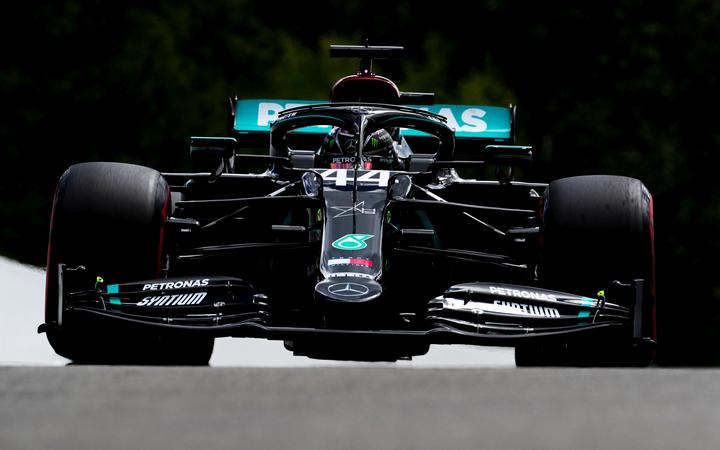 It was the 90th win of Hamilton's Formula One career, one short of Michael Schumacher's all-time record.

"It was all a bit of a daze. It was like three races in one day," gasped Hamilton, who finished 4.880 seconds clear of Bottas for a record 222nd points finish in a race with three standing starts.

"All those restarts, the focus that's needed during that time, it's really, really hard," he said.

The race was Ferrari's 1,000th championship grand prix but the best the sport's most successful team could manage was eighth for Charles Leclerc.

Hamilton's sixth win in nine races this season sent him 55 points clear of Bottas, with eight rounds remaining, and the Briton also took an extra point for fastest lap.

Mercedes, celebrating their 100th win in the modern era, are now 152 points clear of second-placed Red Bull in the constructors' standings.

The race was first stopped eight laps in after a mass-collision among backmarkers when the safety car, deployed at the end of the opening lap, headed back into the pits.

It was red-flagged again with 13 laps remaining when Canadian Lance Stroll crashed his Racing Point after an apparent puncture.