A barnstorming late try to Toby Rudolf has broken the Warriors' spirits and sealed the NRL's top eight. 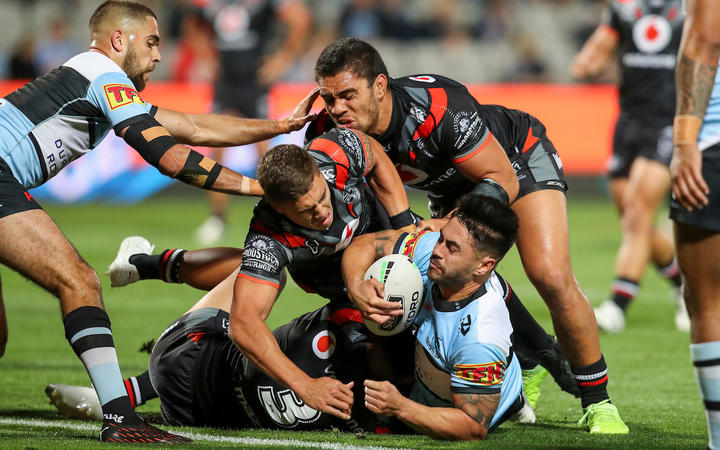 Former Warrior Shaun Johnson is tackled close to the tryline as his new club, Cronulla Sharks, gets ascendancy over the Warriors at Netstrata Jubilee Stadium, in Sydney. Photo: Photosport

Rudolf stole the win five minutes from time, rampaging over the top of four defenders after it looked like the Warriors would hang on to a 14-12 lead they had held courtesy of some ice-cold goal-kicking from Chanel Harris-Tavita.

The eventual 22-14 result at Netstrata Jubilee Stadium, in Sydney gives the Sharks an unassailable three-win buffer over a group of four teams on 14 ladder points.

The Warriors had some early chances but it was the Sharks who scored first with a perfect kick ahead from Shaun Johnson sitting up for Sione Katoa's 15th four-pointer of the season.

In a first half where both teams repeatedly undid their own attacking chances with errors, it was Johnson who finally created the second blow with another kick, this time a grubber on the other side of the field for Ronaldo Mulitalo to score. 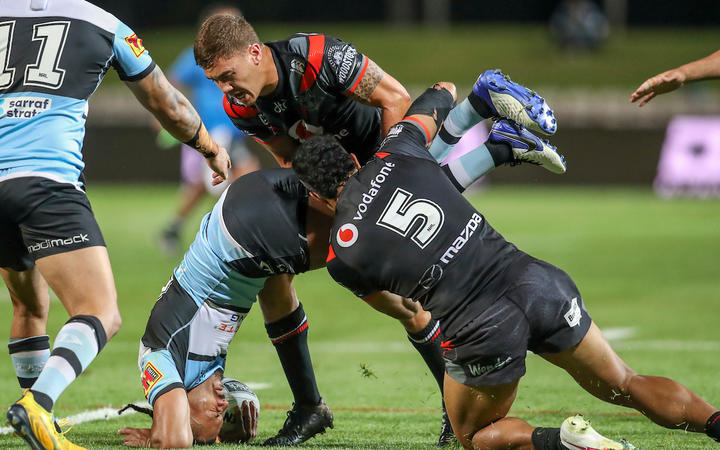 With the contest threatening to slip away, some individual brilliance from Roger Tuivasa-Sheck gave his side a lift going into the break, producing some brilliant footwork then slipping an offload for Jack Murchie to score and make it 12-6 at half-time.

Both teams had to repel some repeat sets on their line early in the second half but survived before the Sharks piggy-backed the Warriors in range with three straight penalties and a sublime Peta Hiku flick pass helped Adam Pompey level up. 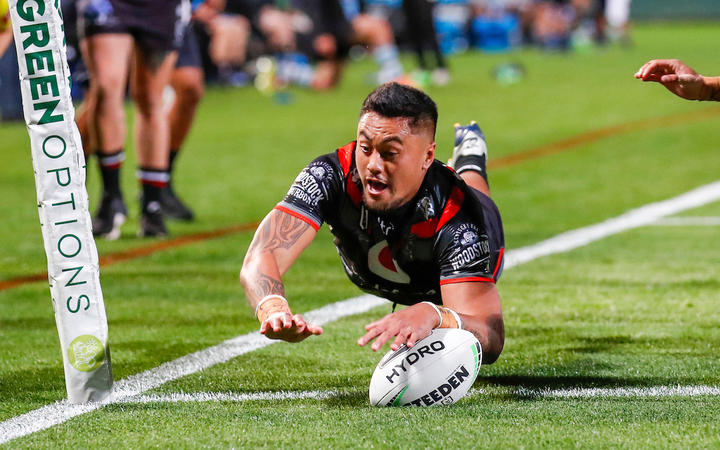 Harris-Tavita split the deadlock with a long-range penalty goal with 17 minutes to play after Josh Dugan was caught offside in possession and it looked like they had done enough to win until Rudolf's late heroics.

Ronaldo Mulitalo flew over in the corner in the dying stages to seal the win.