Three Phoenix players have named in the A League's team of the year, voted in by their fellow players.

Defender Libby Cacace and midfielder Ulises Davila were named in the playing eleven while Phoenix captain Steven Taylor was named on the bench.

The PFA team is voted on by the players of each club at the conclusion of the regular season.

Phoenix coach Ufuk Talay was selected as the side's manager. 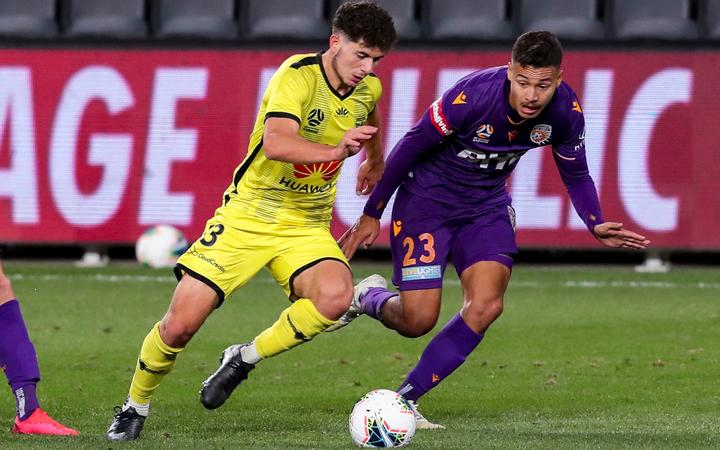 Liberato Cacace is set to move to Europe. Photo: Photosport