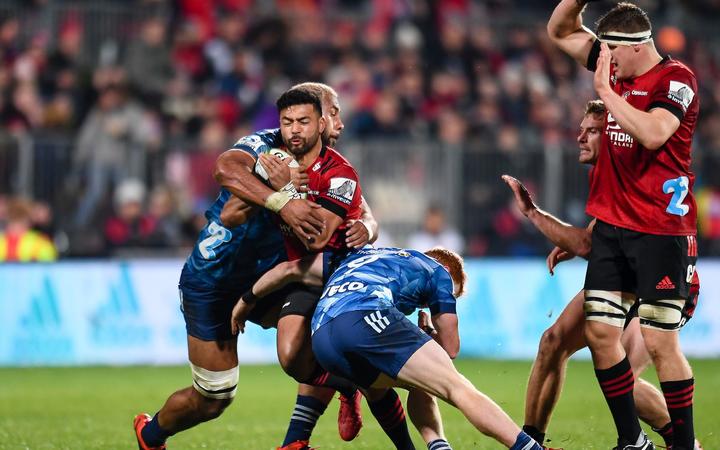 The match was initially scheduled for this Saturday at Eden Park but NZR pushed the date back by a week due to Auckland being at alert level 3.

New Zealand Rugby (NZR) has now confirmed it will be played at Wellington's Sky Stadium on Saturday week but there will be no spectators as Wellington will still be at alert level two.

NZR's Chris Lendrum said while its disappointing there will be no crowd they were determined the match would go ahead.

"We were always committed to doing this any way we could," Lendrum said.

"It's a preeminent fixture on the calendar at the moment and I know the players are hugely excited too, they'll have had a couple of weeks off and will be absolutely raring to go."

Lendrum said they considered postponing the game further but it wasn't really an option.

"We did look at moving it back but moving back brings us into conflict with the Mitre 10 Cup but we are really keen for that competition to have its own air and have all of our best players available so it was one contingency but we didn't look at it for long we always thought that this was probably the last weekend that we could do the game on and that's what we are doing."

Lendrum said while it's a shame there will be no fans they're fully supportive and understanding of the government's health and safety recommendations regarding Covid-19.

"We feel for the Auckland fans who were set to fill Eden Park in their tens of thousands. If we have that same response from fans watching the match on TV, then it will be a huge audience tuning in on Sky," Lendrum said.

The two squads will assemble in Wellington on Monday to prepare for the match.