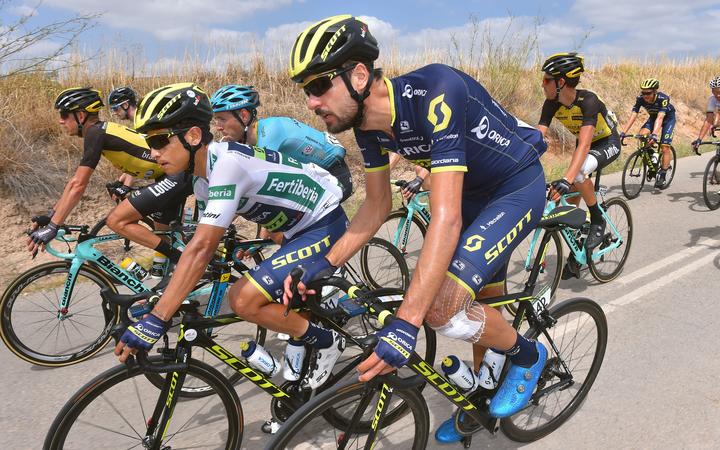 The 33-year-old has been named in the Mitchelton-Scott team, alongside compatriot Jack Bauer, for his first lap of France.

It will be Bewley's ninth grand tour, having ridden the Giro d'Italia three times and the Vuelta a Espana on five occasions.

"It [the Tour de France] is the biggest bike race in the world, there's no doubt about that, but in terms of intensity and difficulty it's not any harder than the other two grand tours," Bewley said.

"It's the same level of cycling, it's the same length, it's still three weeks and effectively it is a lot of the same sort of riders so I'm not expecting it to be a whole step up from what I have done."

The two-time Olympic bronze medallist on the track is in his 11th World Tour season, the ninth with Australia's only professional team.

"It's been a long time coming. I've been pro for a long time and done plenty of laps of Italy and Spain, but still yet to do a lap of France so pretty excited to finally get that opportunity.

"It's been a crazy year for everybody and obviously cycling was on pause for a long, long time...so for me to come out of this whole period of uncertainty and get basically the last box I really want to tick in my career, getting that opportunity to do that this year is pretty exciting for me."

Excited to be heading to Nice next week to line up in my first TDF. Been plenty of laps of Italy and Spain over the years but pumped to be heading for one of France with the boys! pic.twitter.com/G03uCGNxgT

Bewley was originally scheduled to ride the Giro this year before the Covid-19 pandemic dramatically changed the cycling calendar.

"They're trying to squeeze grand tours in...a two and a half month period so the team management needed to take a pretty hard look at the rosters and how they were going to manage that pretty unprecedented situation.

"Fortunately for me that meant I was moved off the Giro and put on the Tour de France.

"I won't say I'm happy with this year, but it's certainly a nice little surprise."

Sam Bewley will be one of the domestiques (helpers) for Mitchelton-Scott, supporting their leaders.

It's a role Bewley has become accustomed to.

"I'm more than happy to do that job. That's what I've built my career on and that's what I love doing.

"I've chosen that job in a sense and try to make a career out of doing that. And I get a lot of satisfaction out of doing that so I'm looking forward to doing it at the biggest race on the calendar."

The 2020 Tour de France will begin in Nice on August 29, with the final stage in Paris on September 20.