Scott Robertson wants to join the British and Irish Lions crusade to South Africa next year.

Robertson guided the Crusaders to the Super Rugby Aotearoa title earlier this month to add to their three successive Super Rugby titles since he took over in 2017.

He missed out on the All Blacks coaching job last year and said he had approaced Lions and Chiefs coach Warren Gatland about a role on the Lions tour to help give him some international experience. 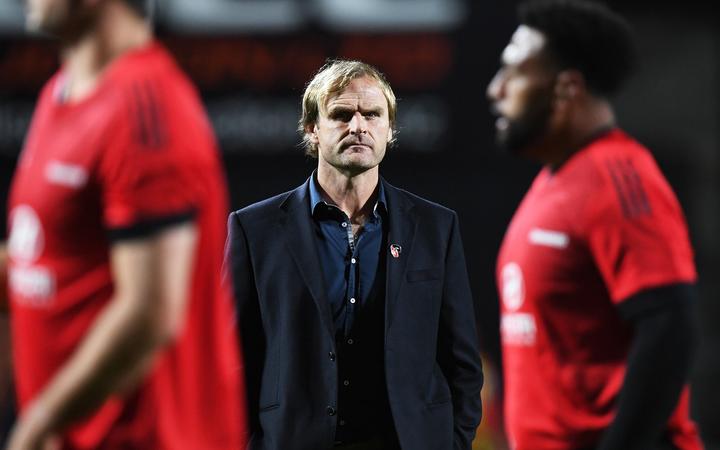 "I thought, look if I can't be involved with the All Blacks, what's the biggest thing - or actually bigger in its own self - the Lions tour - to get involved," Robertson told New Zealand radio station Gold AM.

"Obviously Gats (Gatland) has been hugely successful at the international level as a coach, so he's a person to learn off and also allows me to not have to go offshore to actually coach and get that international experience."

Gatland is taking a year off from coaching the Chiefs to coach the Lions.

The All Blacks appointed Ian Foster, an assistant coach for the past eight years, to succeed Steve Hansen.

Robertson said he had not heard anything back from Lions management yet.

The Lions play three tests, two in Johannesburg and one in Cape Town, against the world champion Springboks on an eight-match tour from July 3-Aug. 7 next year.