Gisborne paddler Alicia Hoskin is enjoying a short break at home after completing another Canoe Sprint camp on Lake Karapiro. 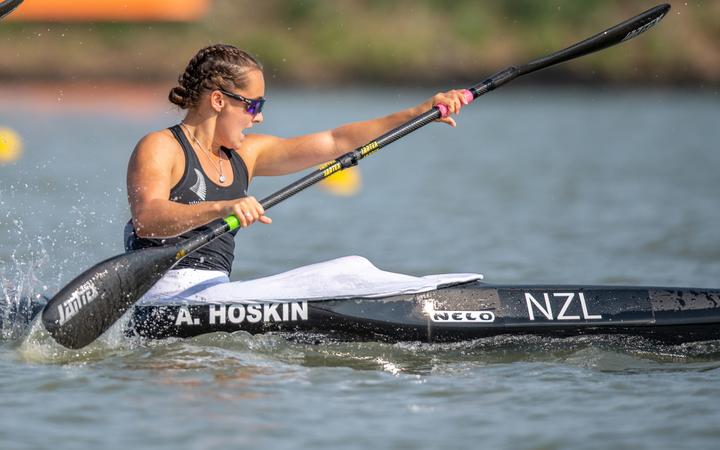 Hoskin, 20, would have expected to have competed in her first ever Olympics by now, but isn't too concerned that they've been postponed a year.

She probably doesn't get upset by too many things these days, because just three years ago she was diagnosed with a heart problem that not only threatened her career, but also her life.

At the time she didn't know she had any heart issues and it wasn't until a few weeks before she was meant to travel to Romania for the Canoe Sprint World Junior Championships that Hoskin became aware that there may be a problem.

She thought her irregular heart rates were normal.

As a part of the Tairawhiti Rising Legends programme in Gisborne it was recommended that Hoskin get a cardiac assessment and it was there that a red flag was raised and she was told that she had to undergo more tests.

"I still remember sitting in the changing rooms (at the Poverty Bay Kayak Club) when my dad called saying that I needed to stop and that the results weren't good and I think I just hung up on him and burst into tears as I wasn't expecting any of that sort of news," Hoskin said.

She was later diagnosed with Wolff-Parkinson-White syndrome which is rare and is present at birth.

Hoskin first got into a canoe while at intermediate - competing in multisports at the national AIMS games.

She had watched her older sister Courtney go through the kayak grades and compete at the 2015 World Junior Championships.

While at Ilminster Intermediate, she and a group of her friends joined the Poverty Bay Kayak club, which is based on the banks of the Waimata River, and they were soon involved in inter-club competitions.

At that time the main aim of the girls was to get through 500 metres without falling in the water and it wasn't long before she was hooked. 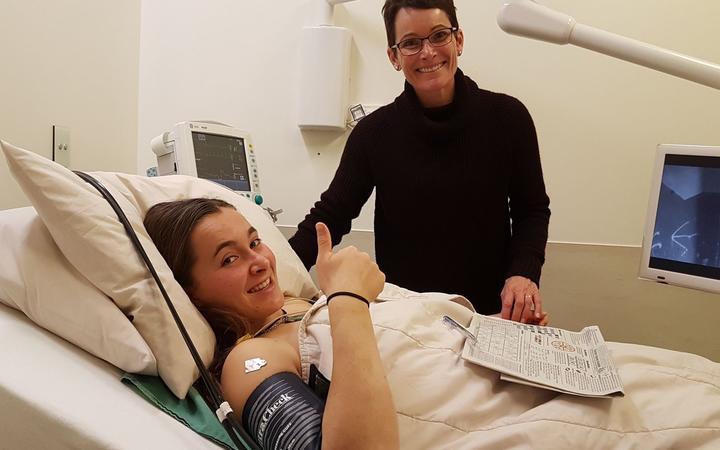 That all came to a halt in 2017, when she ended up in a Hamilton hospital on the same day that the rest of the team was competing at the World Junior Canoe Sprint Champs in Romania.

She was lying in the hospital bed cheering on her friends while waiting to undergo a cardiac ablation - a procedure to scar or destroy tissue in the heart that is allowing incorrect electrical signals.

The procedure meant that doctors had to put a catheter up one of the veins in her leg and then go through the wall of her heart to the other side. It took longer than normal as the experts found that the extra electrical pathway was actually in a dangerous place.

The operation was a success and she spent the next few days recovering, however, Hoskin did wonder if she'd ever race again.

She was given the all clear three weeks later and eventually got back into a boat, she started racing about four months later.

"Obviously I wasn't very fast at all which was also quite sad because part of my brain just thought that I would go back to being as fast as I was before everything happened, but obviously it took a lot of time and a lot of crying on the river to slowly get back to where I was."

The following year was when she shifted to Auckland and came under the umbrella of Canoe Sport New Zealand and their high performance squad.

While she did have doubts about returning to the top level, Hoskin was encouraged by some words from one of the specialists she meet during her operation.

"One of the cardiologists was quite inspiring, he told me about a young american runner who had had the same procedure as me and a few years later was on the national team again and that's what gave me the hope and I realised that if I followed the guidelines to recovery then eventually I'd be able to get back."

Hoskin has no doubts that what she has been through will help her in getting to next year's Olympics.

"When you're forced into not having what you love, you reflect on why you do something, is this important to me, is this something I want to do if I'm fully recovered again and the answer to all of those was yes."

"I think I'll look back on that as a bit of personal growth."

Last year Hoskin went to the Open World Champs for the first time and finished ninth in the K2 500m with Caitlin Ryan.

She is expected to be in one of the crews that will hopefully compete at next year's Olympics in Tokyo.