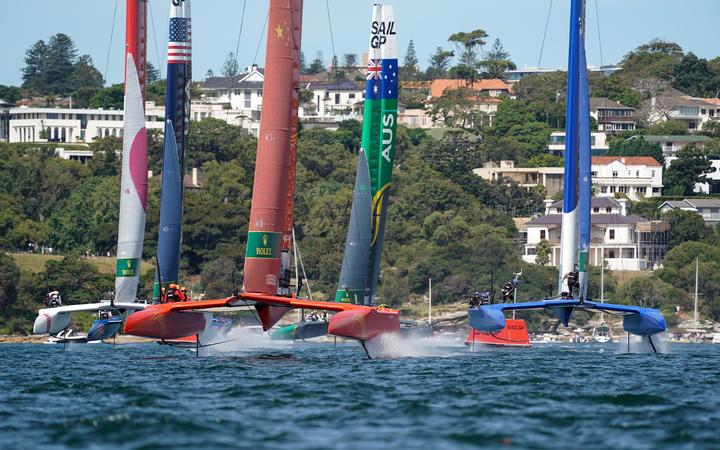 Before then Burling and Tuke will help Team New Zealand defend the America's Cup and they also intend to defend their Olympic 49er title in Tokyo in July.

The pair will serve as co-CEOs of the SailGP team.

This year's SailGP events were postponed due to Covid-19, and will restart in San Francisco and New York in April and June before heading to Europe for four events.

Brown set to take over at Warriors

Just weeks after ruling himself out of contention for the Warriors coaching job, former Newcastle and St George Illawarra mentor Nathan Brown has had a change of heart and is being tipped to be appointed within days. 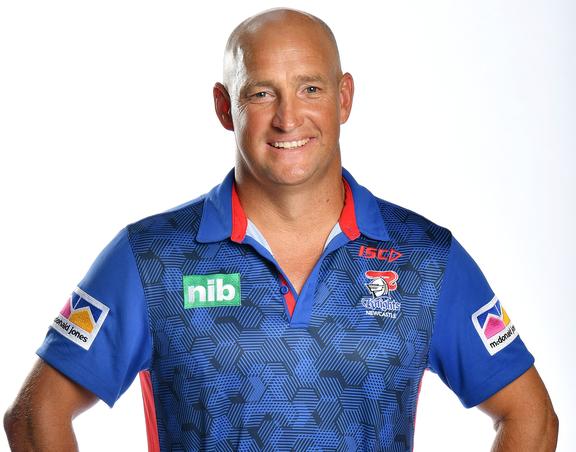 Nathan Brown has quit his post as coach of the Newcastle Knights. Photo: PHOTOSPORT

Brown, who departed the Knights 12 months ago, confirmed last night that he was now interested in returning to coaching with the Warriors next season, possibly alongside Phil Gould.

"The truth is, I'm a career coach, I love coaching and the Warriors job is a great opportunity, as is the Cowboys job," Brown told Triple M.

The 47-year-old had previously announced his withdrawal from the race to replace Stephen Kearney at the Warriors.

However, his interest has been rekindled in the wake of revelations that Warriors interim coach Todd Payten had turned down the job earlier this week to pursue the vacant North Queensland role.

The development came on the same day that Gould told the Sydney Morning Herald that he was in talks with Warriors CEO Cameron George and owner Mark Robinson about a role at the club.

Meanwhile on the field the Roosters beat the Dragons 24-16.

It was Pakistan's day on day two of the opening cricket Test against England in Manchester.

Shan Masood scored a third century in as many innings and seamer Mohammad Abbas caused mayhem at the top of the England order as ther homeside finished the day on 92 for four in reply to the tourists first innings of 326.

Shan made a career best 156, while Abbas took two wickets as England were 12 for three at one stage.

Much will likely depend on the current partnership at the wicket as Ollie Pope (46 not out) and Jos Buttler (15 not out) must engineer a rebuilding job as the last recognised batsmen.

No masses for London marathon

The London marathon in October will feature only elite runners after the mass participation was cancelled.

The race will be held over a multi-lap course without fans.

The race, which normally attracts almost 40,000 runners and raises millions of pounds for charity, was originally postponed from April but the ongoing complications caused by the pandemic, not least the potential infection risk caused by hundreds of thousands of fans lining the route through central London, meant that hosting remains impracticable.

The Boston, Berlin, New York and Chicago marathons have all been cancelled while the Tokyo Marathon was run as an elite-only event in March.

Professional rugby has been given the green light to return in South Africa in early September.

South Africa's Super Rugby and PRO14 teams have been inactive since March due to the COVID-19 pandemic.

With travel and quarantine regulations still in place, the teams have previously touted an eight-team local season to replace those competitions for sponsors and broadcasters.

SA Rugby are also keen to see their leading players back in action as they look towards the proposed Rugby Championship set to be staged in New Zealand starting in November.

Dutch cyclist Dylan Groenewegen has apologised for the crash that left compatriot Fabio Jakobsen in a coma.

Groenewegen drifted across the road before he and Jakobsen collided near the finish line during stage one of the Tour of Poland.

Reports say Jakobsen has had an operation and is no longer in danger.

Jumbo-Visma sprinter Groenewegen, who was named as the stage winner before being disqualified, has had surgery on a broken collarbone after he and several other riders also fell after crossing the line.

Valtteri Bottas will continue to race for Mercedes until at least the end of the next Formula One season.

The news was expected, with Mercedes having made clear they intended to retain the 30-year-old Finn for a fifth successive season.

Mercedes are also expected to continue with six times world champion Lewis Hamilton, who is out of contract at the end of the year.

Kenny back in Cairns

Jarrod Kenny has signed to play for the Cairns Taipans again in the Australian National Basketball League.

Kenny has just helped the Otago Nuggets win the New Zealand League and he was named defensive player of the competition.

It will be 34 year old Kenny's third season with the Taipans.

The new NBL season is scheduled to start in December.

Last week she was the top-placed Under-23 rider at the Strade Bianche, where she also finished 12th overall in a high-class field of riders.

One of her team-mates is fellow New Zealander Niamh Fisher-Black.