"The doctor telling me I was never going to walk again, I thought was very rude."

Covid-19 may have derailed plans for many athletes this year, but in the scheme of things it's probably just a minor bump in the road for Auckland para cyclist Sarah Ellington. 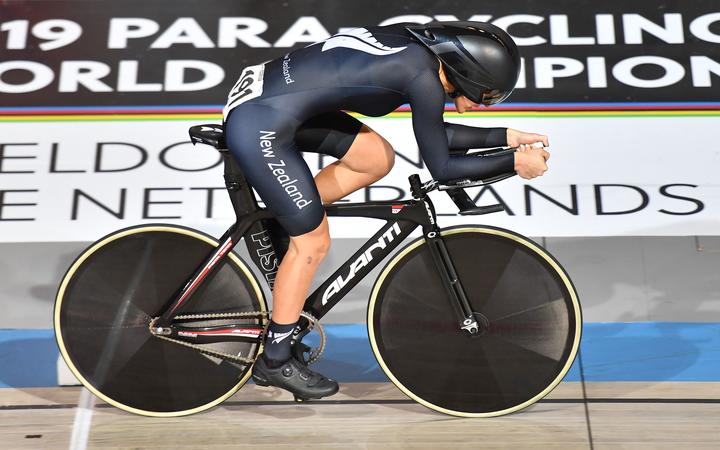 Ellington was on track to be heading to the Tokyo Paralympics about now before the global pandemic closed everything down and forced the postponement of the games until 2021.

However, what the 30-year-old has been through over the past five years means whatever obstacles she faces next probably won't be too much of a hurdle.

In 2015 Ellington fell out of an apple tree and fractured her t11 and t12 vertebra.

She was paralysed from the waist down and spent a long time in the Auckland spinal unit trying to regain movement of her legs.

"I'm quite a stubborn person, I don't really like being told what to do, so the doctor telling me I'm never going to walk again I thought was very rude and I was like I'm going to prove you wrong."

And prove them wrong she did.

"Just having those memories of me running with friends and family and just being an active person, I just hold those memories close and had photos around me to be like I'm going to get back to doing what I was doing instead of just accepting what I'd been told and saying I'm going to be stuck in a wheelchair for the rest of my life." 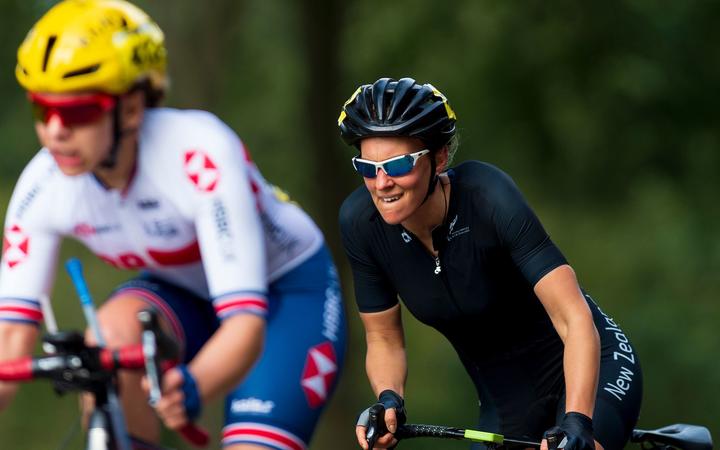 "A lot of hard work, commitment, lots of ups and downs, sometimes there were days where I thought I'd just give in, but other days you'd work really hard and see the tiniest progression and that would keep you motivated and definitely having good support people around you helped as well."

Before her accident Ellington was keen on sport and fitness... she'd run half marathons and in 2014 completed a half Ironman so she knew all about training and commitment.

"Right from my accident I was always determined not to let the doctors say what I'm going to do, so I just kept setting myself little goals throughout my whole time in the spinal unit, my goal was to walk out of the spinal unit, I was with crutches but I was able to take a couple of steps out which still felt like I'd achieved my goal'

"Working closely with a physio we set rehab goals, I'm very goal orientated so just setting lots of little goals to achieve big goals and even now with cycling again taking those little goals and setting bigger ones."

Ellington has what is described as incomplete paraplegia resulting in a loss of muscle power in both legs.

It was suggested that she try biking.

"I was having a lot of difficulty walking because I got so tired and I don't have good ankle movement so I needed something to be low impact so I went to a talent ID camp with PNZ (Paralympics New Zealand) and they said you have some potential on the bike and if you want to explore that let us know and we'll look after you."

The rest, as they say, is history.

Her employer, the Sir Peter Blake Marine Education Recreation Centre, was very good at giving her the time she needed to recover and train and about a year ago she was identified as a contender for the 2020 Tokyo Paralympics. 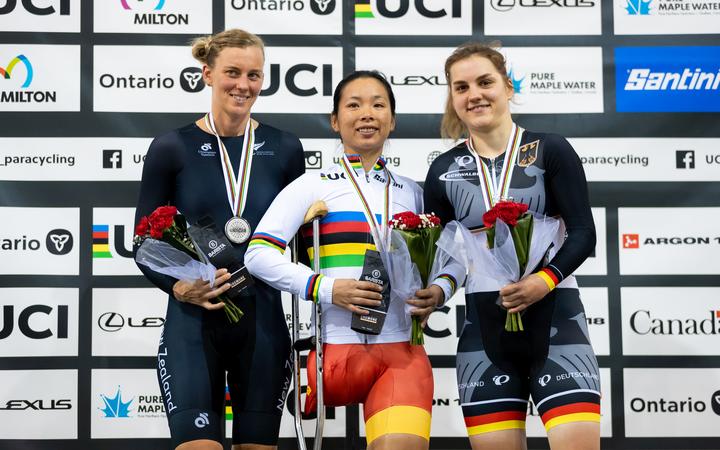 Ellington had four top ten finishes at the Para Cycling World Champs in Canada in February including a silver medal in the Individual Pursuit.

She was due to find out in July if she'd been selected for the squad for Tokyo.

Lockdown was a challenge, but Ellington says she tried to keep a routine as much as possible and managed to get in a couple of rides around the block. Now she's back in the national para cycling fold and attends training camps in Cambridge.

There are a number of national races scheduled for the rest of the year, but like everyone else she's not sure when any overseas travel or competition might return.

With the help of Para Cycling head coach Stu MacDonald, she hopes to compete in the road race and time trial as well as the individual pursuit on the track in Tokyo next year.

"I think it would be absolutely amazing to be at the Paralympics, especially in Japan wearing New Zealand kit, New Zealand is so highly regarded compared to the rest of the world and just being a kiwi there would make you so proud."

"Just having that fern on your chest makes you realize you've earned it and it makes all your bad days worth while."

"Hopefully Tokyo will come along next year."