World number two Rafa Nadal has confirmed he will not defend his US Open crown this year at Flushing Meadows as organisers released the singles entry list for the Grand Slam. 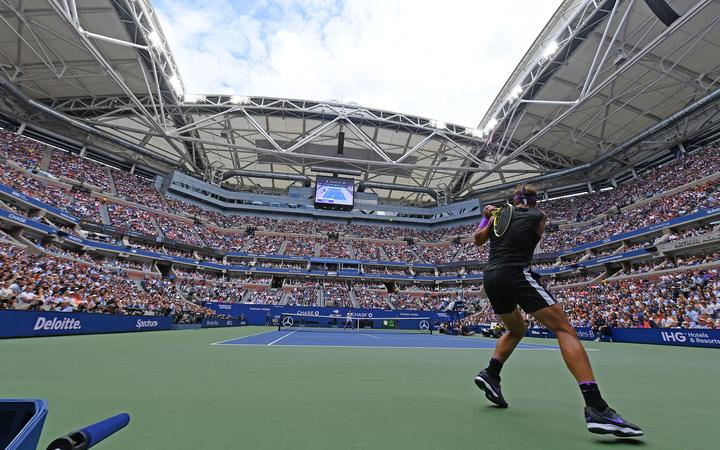 Rafa Nadal at the US Open Photo: PHOTOSPORT

Spain's Nadal had said in June that he had reservations about travelling to the US amid the Covid-19 pandemic and he joins women's world number one Australian Ash Barty in skipping the tournament due to Covid-19 concerns.

"After many thoughts I have decided not to play this year's US Open," Nadal said on Twitter.

"The situation is very complicated worldwide, the Covid-19 cases are increasing, it looks like we still don't have control of it.

"We know that the reduced tennis calendar is barbaric this year after 4 months stopped with no play, I understand and thank (everyone) for the efforts they are putting in to make it happen. We have just seen the announcement of Madrid not being played this year.

"This is a decision I never wanted to take but I have decided to follow my heart this time and for the time being I rather not travel."

This is a decision I never wanted to take but I have decided to follow my heart this time and for the time being I rather not travel. pic.twitter.com/8VA0aSACVy

The Madrid Open, which was scheduled to take place from 12-20 September, was cancelled today due to the rise of Covid-19 cases in the Spanish capital.

The United States has the highest tally in the world with more than 4.7 million confirmed novel coronavirus cases and nearly 156,000 deaths, according to a Reuters tally.

Swiss Roger Federer, a five-times US Open champion, will also be absent after the 38-year-old was forced to undergo knee surgery in June that prematurely ended his 2020 season.

Nine of the top 10 women's players, including 23-times Grand Slam champion Serena Williams and holder Bianca Andreescu, are on the entry list along with 2018 champion Naomi Osaka.

As many as 13 Grand Slam champions are in the women's draw including Romania's Simona Halep, the reigning Wimbledon champion and 2018 French Open winner, and this year's Australian Open champion American Sofia Kenin.

The United States Tennis Association said eight additional wildcard entries would be selected in both the men's and women's fields.

Organisers said the seedings would be announced closer to the start of the tournament which is scheduled for 31 August.

A number of players are also set to take part in the 20-28 August. Western & Southern Open in New York, which serves as a warm-up event for the US Open.