Latest - New Zealand cyclist George Bennett has finished fifth on the Tour of Burgos in Spain. 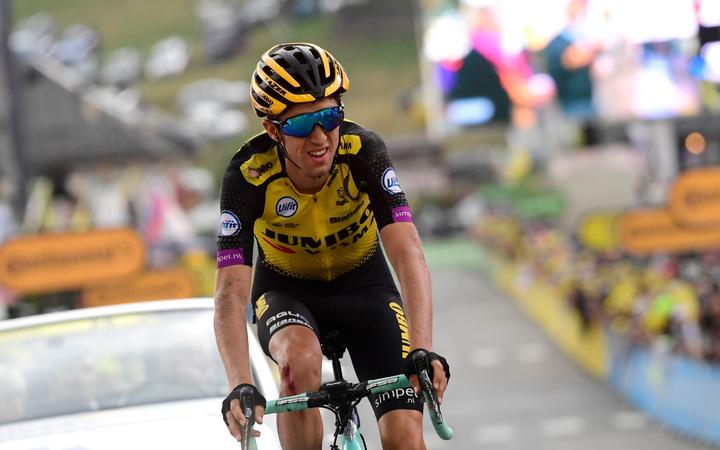 He came 17th in the final stage.

Belgian Remco Evenepoel won the event after finishing third in fifth and final stage between Covarrubias and Lagunas de Neila.

He finished with an overall time of 19 hours, 14 minutes and 42 seconds.

The 35-year-old, who will be chasing a record seventh win at Silverstone on Monday morning (NZ time), was joined on the front row by Finnish team mate Valtteri Bottas with Red Bull's Max Verstappen qualifying third.

The pole was the 91st of Hamilton's career and seventh at Silverstone and he made sure of it with a lap of one minute 24.303 seconds after Bottas had led the opening two sessions on a gusty afternoon.

Hamilton had spun at Luffield at the start of the second phase of qualifying, without damaging his car but bringing out red flags due to the amount of gravel scattered across the track.

"Qualifying is a lot about confidence building and... I was already down and I was struggling through the first sector in every lap," Hamilton told 2009 champion Jenson Button in an interview after stepping out of the car.

"I don't know how, but with some deep breaths I managed to compose myself. Q3 (the final phase) started off the right way but it still wasn't perfect the first lap but still a really clean lap, and the second one even better."

Bottas, five points adrift of his team mate in the championship after three races, could only manage a best effort of 1:24.616.

Verstappen was more than a second off Hamilton's pace as the best of the rest, with Ferrari's Charles Leclerc joining him on the second row while his four times champion team mate Sebastian Vettel qualified 10th.

Ko falls down leaderboard after bogey filled round 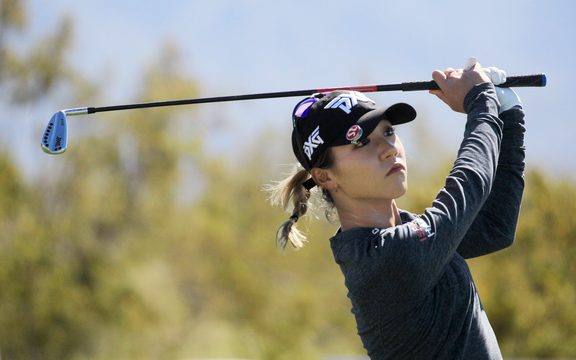 New Zealand golfer Lydia Ko has dropped down the leaderboard at the LPGA restart tournament following a horror second round.

Ko started the day tied for 5th after an opening round three under par 69 but she's now in a share of 56th after carding an eight over par 80 to be 5 over for the tournament, 10 shots behind the clubhouse leader, Frenchwoman Celine Boutier.

The tournament started in a fanless setting as the LPGA got back into action after the coronavirus outbreak forced the suspension of play in February.

ACT Brumbies' Mack Hansen kicked an 83rd-minute penalty to secure a 22-20 victory over the Queensland Reds in Canberra and leave them unbeaten in Super Rugby AU.

The Brumbies had been kept scoreless in the second half until replacement hooker Connal McInerney crashed over from an attacking lineout in the 75th-minute.

Hansen missed the sideline conversion but then calmly slotted the winning penalty from about 40 metres deep into extra time.

Starting hooker Folau Fainga'a had scored two first-half tries for the home side, who were lucky to win the match after the Reds had dominated the second half.

The Brumbies are now the only unbeaten side in the Australian domestic competition, having won four games and moved to 18 points, seven ahead of the Reds.

The Reds had not won in Canberra since 2014 and struggled to impose themselves in the first half as Fainga'a gave his side a 14-0 lead.

Madrid Open organisers have been advised by local health authorities not to stage the tournament next month due to the rise in COVID-19 cases in the Spanish capital and are evaluating their options, they said on Saturday.

The Madrid Open, which was rescheduled to take place from Sept. 12-20 and features both men's and women's events, is an important tournament for the players to prepare for the French Open which now begins on Sept. 27.

The organisers added that they were keen to make a decision in good time as it was "impossible to guarantee a positive change in this situation in the coming weeks."

Spain has recorded more than 306,370 cases of the novel coronavirus.