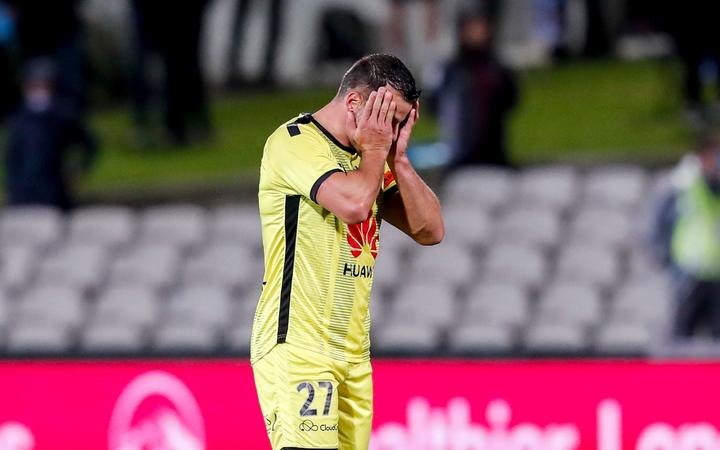 The defeat is a blow for the Phoenix hopes of a top two finish, though they are guaranteed a finals berth.

The win keeps the Wanderers kept their playoff hopes alive.

Kwame Yeboah was the match-winner for the Wanderers, heading in an inch-perfect cross 17 minutes from time to clinch a crucial result for the home side.

The decisive goal came just eight minutes after Phoenix were reduced to 10 men after Luke DeVere was sent off for receiving two yellow cards, the second of which was a foul on the Wanderers hero.

Yeboah was a first-half substitute after playmaker Nicolai Muller had to be stretchered off after he was involved in a sickening head clash with Wellington's Louis Fenton.

Muller was badly concussed and the match was delayed for almost seven minutes as the German received attention.

But that was the low point on a big night for the Wanderers, who have given themselves a great chance to sneak into the top six.

Jean-Paul de Marigny's men have moved up to eighth spot, four points behind sixth-place Adelaide United but they have a game in hand.

While Wellington's finals berth is already assured, their quest to finish in the top two has taken a hit with that result, giving Melbourne City the chance to consolidate second position when they take on Sydney FC on Saturday.