A pair of former All Black stars have signed to play for leading Japanese club Kobe. 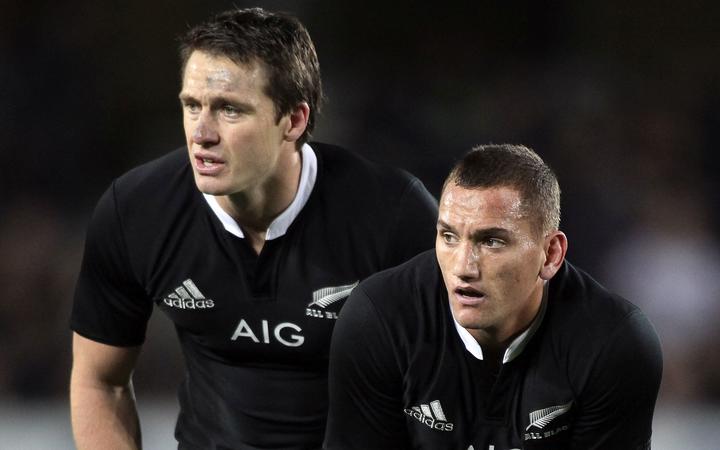 Ben Smith, left, and Aaron Cruden during their days together in the All Blacks. Photo: Photosport

The reigning Top League champions have confirmed the signings of first-five Aaron Cruden and fullback Ben Smith for the 2021 season.

Cruden rejoined the Chiefs this season after spending two seasons with French club Montpellier and was set to make his 100th appearance for the Hamilton-based Super Rugby side against the Crusaders on Saturday.

Smith was also back from France but the former Highlanders skipper was taking time off after ending his international career at last year's World Cup and linking up with the Pau club.

Kobe won the Top League when it was last completed in 2018, with former All Blacks first five Dan Carter in the number 10 jersey.

The competition wasn't played in 2019 because Japan hosted the World Cup, while this year it was cancelled after just a handful of rounds because of the Covid-19 pandemic.

Cruden and Smith, both World Cup winners, will join an already strong Kiwi contingent at Kobe.

Former All Blacks coach Wayne Smith is the director of rugby for the club, while lock Brodie Retallick is on a two-year sabbatical.