Former All Black Aaron Cruden is all set to bring up his 100th appearance for the Chiefs. 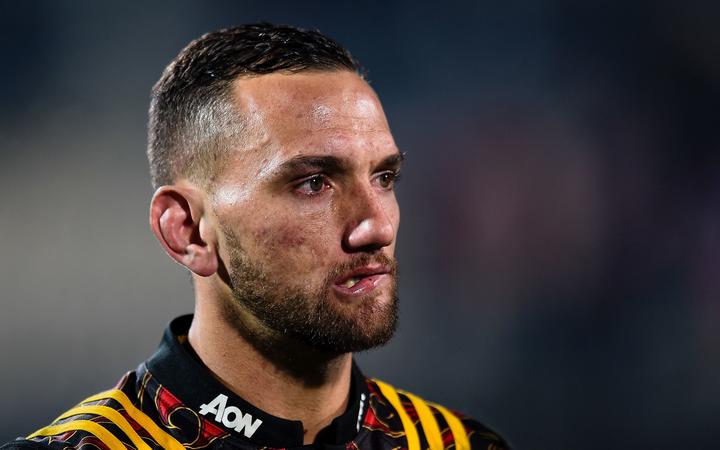 The 31-year-old first-five has been named for a return to the starting lineup in Saturday's Super Rugby Aotearoa match against the Crusaders in Hamilton.

Cruden said he had a number of good memories with the team he won titles with in 2012 and 2013.

However, he added his first memory in a Chiefs jersey was one to forget.

"I remember actually getting charged down by Jason Rutledge against the Highlanders. They scored and then we lost.

"Quite funny the things you remember but I suppose that year (2012) ended up finishing all right for us."

The 50-test All Blacks rejoined the Chiefs this season after spending two seasons with French club Montpellier.

Chiefs assistant coach David Hill said bringing Cruden back has been particularly valuable for some of the squad's young players.

"He's the coach on the field for us so he's got a lot of rugby IQ to pass on.

"He's open to ideas and different people's opinion so he's a great role model for our younger tens and younger players in particular around how to plan the weeks, how to go about their weeks and then how to go out and put a performance on the park."

Cruden racked up 99 Chiefs matches in their narrow loss to the Blues last weekend, and prior to that was not used off the bench in the a 33-31 loss to the Highlanders.

After naming the team to play the Crusaders this weekend, coach Warren Gatland admitted not playing Cruden against the Highlanders was done to ensure his 100th match in Chiefs colours was a home clash.

Gatland said it was an easier call to make, given the team were already out of the mix for the Super Rugby Aotearoa title.

"If we were right up there at the top, you probably wouldn't have taken it into consideration.

"To be honest, maybe five or 10 minutes to go when we were there [we could have put him on], but we still thought we were going to win that game.

"Hindsight's a great thing. That was the plan if we could work it, and it looked pretty good for a long period of time. And I'm not going to take that back, because we thought it was a fitting moment for someone to do that."