Latest - The Canterbury Tactix made the most of their one and only home game this season with a 52-42 win over Northern Stars in Christchurch. 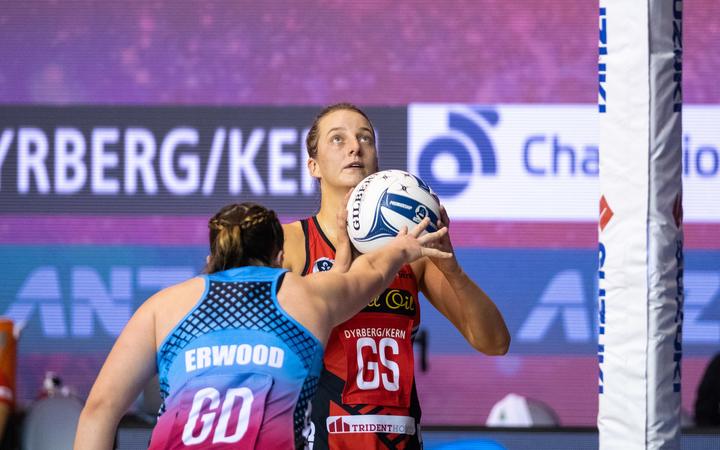 A crowd of 5000 was at Horncastle Arena, the largest in ANZ Netball Premiership history and biggest in New Zealand outside of a Silver Ferns game, and gave their enthusiastic and vocal support in what was a crucial match in the race to make the top two.

The result leaves the Tactix well in the hunt for a top two finish to the regular season while that mission has now got a whole lot more difficult for the Stars.

Criminal proceedings have been opened against FIFA president Gianni Infantino by a special prosecutor looking into dealings between the head of the global football body and Swiss Attorney General Michael Lauber.

The special prosecutor Stefan Keller, appointed last month to review complaints against the two men and others, had found indications of criminal conduct related to their meetings, according to the AB-BA watchdog which oversees the Attorney General's Office.

"This concerns abuse of public office, breach of official secrecy, assisting offenders and incitement to these acts," the watchdog said in a statement. Both Lauber and Infantino have denied wrongdoing.

FIFA said in a statement that it would cooperate fully while Infantino said that it was "perfectly legitimate and perfectly legal" to meet the Swiss Attorney General. "It's not a violation of anything," he said.

"It has been my aim from day one, and it remains my aim, to assist the authorities with investigating past wrongdoings at FIFA," he added. "FIFA officials have met with prosecutors in other jurisdictions across the world for exactly these purposes."

Infantino was elected in 2016 to replace disgraced Sepp Blatter, who also become the subject of criminal proceedings in 2015.

Blatter, suspected of criminal mismanagement, was banned by FIFA's own ethics committee although the investigations against him are still ongoing and he has not been charged. He denies wrongdoing.

The remaining rounds of the Six Nations Championship will be played on Oct. 24 and 31 after World Rugby approved dates for the temporary 2020 COVID-19 calendar on Thursday.

The World Rugby Council approved an adjustment to allow the release of players for new international windows after the pandemic forced the sport's suspension in March.

The Council approved the release of players for the window between Oct. 24 and the first weekend of December.

The final rounds of the men's and women's Six Nations will be followed by a rest weekend on Nov. 7 and then four consecutive rounds of international matches, World Rugby said in a statement.

This year's Six Nations had four matches postponed due to the pandemic.

England are top of the standings with 13 points, ahead of France on points difference. All teams have one game left to play apart from Ireland and Italy, who have two.

Mexican Formula One driver Sergio Perez was self-isolating on Friday after an inconclusive test for COVID-19, the governing FIA said at the British Grand Prix.

A spokesman for the Silverstone-based Racing Point team said Perez, who was awaiting the result of a re-test and not at the circuit, had not been back to Mexico since he last raced in Hungary on July 19.

Perez had been due to attend a video news conference with team mate Lance Stroll at the circuit but the Canadian faced questions alone.

If the re-test comes back positive, Perez would be ruled out of Sunday's fourth round of the season.

Formula One has started its delayed season without spectators and under carefully controlled conditions, with teams operating in 'bubbles' and all employees and those with access to the paddock tested every five days.

The sport has so far reported only two positive results, neither involving people who attended races, from more than 15,000 tests carried out from June 26 to July 23.

Formula One chairman Chase Carey said before the start of the season that the sport would not cancel a race even if a driver returned a positive test.

Tennis is "missing a trick" by not including more team events involving both men and women on the main tours, three-times Grand Slam winner Andy Murray has said.

Mixed doubles is currently played only at the four Grand Slams on the professional tennis circuit.

"I think sports miss a bit of a trick with this stuff," said Murray, who is taking part in the Battle of the Brits exhibition featuring male and female players.

"The Hopman Cup, for example, was a brilliant event in my opinion. The players enjoyed it. I played there a bunch of times and I loved it."

The inaugural ATP Cup men's team competition took the Hopman Cup's Australian Open warm-up slot in 2020 but organisers have said it will return.

"Putting match-ups in tennis like Serena Williams and Roger Federer on the same court, it is so brilliant for our sport," Murray told British media.

"We are able to do that in tennis and we should embrace it a little bit more, not necessarily every single week but at times it would be great. I would like to see Rafa (Nadal) on the court with some of the top female players.

"When I watched Roger and Serena playing, it was great. They were into it and I'm sure they enjoyed it as well."

Murray said there was opportunities for other sports to embrace mixed-gender events.