Home matches a rare commodity for the All Whites, but coach Danny Hay believes that trend could well be reversed next year. 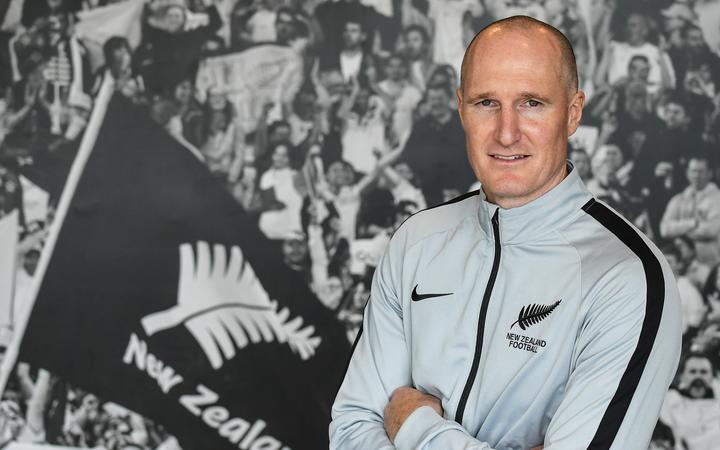 The Oceania Football Confederation have submitted a revamped plan for the region's 2022 World Cup qualifiers to governing body Fifa.

Oceania's 11 teams would be split into two groups, with each playing group stage games in a central location across the March and June international windows.

The format could give the All Whites up to five home games in 2021, if the team reaches the final and New Zealand hosts one of the group stages.

Hay was optimistic the latter would happen.

"We'd like to hope that we'd get at least one of those entire windows based in New Zealand.

"We've got the facilities and obviously we can accommodate a number of teams as well.

"That for me would be exciting, to bring the players back and play locally here in New Zealand because we obviously haven't had that many opportunities to do that."

If the plan is given the green light by Fifa, it will make for a busy year for Hay and many of the country's top male players.

The All Whites will play two of their group matches in March and the other three in the June window, while for Hay and a number in the squad it will then be straight into their Tokyo Olympics campaign.

Assuming the All Whites finish in the top two of their Oceania qualifying group, that will be quickly followed a home-and-away semifinal in September, with a spot in the home-and-away final in October on the line.

The winner of Oceania qualifying advances to the intercontinental playoff in June, 2022 with a spot at the World Cup in Qatar on the line.

"We've been kept up to date, so they were no surprises there," Hay said of the qualifying plan submitted to Fifa by OFC.

"We're just going to keep on preparing. Hopefully with Covid it does start to settle down and we can get lots of games under our belt next year."

While planning for a busy 2021, Hay had also been keeping a close eye on the here and now.

As well as watching the Kiwi players in action around the world, the former All Whites defender had been keenly following the fortunes of the Phoenix in the A-League.

And Hay had no hesitation placing the second-placed Wellington side as favourites to lift the title.

"I just look at the way they're playing, the sense of togetherness in amongst the squad.

"Yeah, I genuinely see them going all the way."

The Kiwi striker finished with 14 goals as the EPL season wrapped up over the weekend, a new single season record for the Burnley club he plays and his third straight season in double figures in the English top-flight

A former Premier League player himself, Hay said those kinds of achievements were inspiring.

"14 goals over the course of a season in arguably the strongest and best football competition in the world is pretty impressive.

"It's great that young players in particular that aspire to be professional footballers or play at the highest level can see a Kiwi doing it week in and week out.

"It's special. We need those sorts of role models."