Hurricanes coach Jason Holland is counting the cost of his side's revival in Super Rugby Aotearoa. 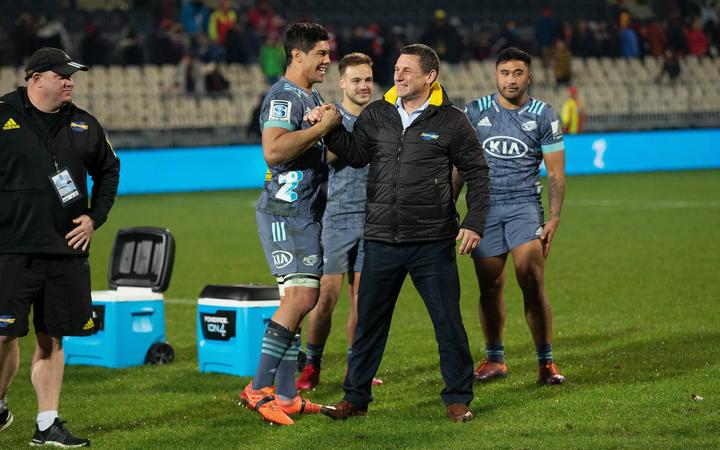 The 'Canes have suffered two potentially competition-ending injuries in their drought-breaking win over the Crusaders in Christchurch, with inform midfield back Ngani Laumape and prop Fraser Armstrong both suffering serious-looking knocks.

Both will see specialists this week.

The inform Laumape's injury is to his forearm and worst case scenario a fracture will rule him out for a couple of months.

"I don't know yet, but obviously it takes a lot to get Ngani Laumape and Fraser Armstrong off the park so we'll wait and see what happens with that," Holland said.

First-choice tighthead prop Tyrel Lomax and bench forwards Isaia Walker-Leawere and Vaea Fifita were also late scratchings from what was the Hurricanes' fourth match in as many weeks.

"To be honest we were battling during the week.

"We spent the Monday, Tuesday, Wednesday recovering this week from a big Blues game so it needs some thinking about because we need our bodies right. We need to make sure that the boys don't have short careers."

Holland relieved his side now has a bye week.

"There are a lot of battered bodies there and we'll enjoy the few days off physically, but also mentally and switch off, it's important.

"We've got to make sure that we come back with the same mentality and the same mindset around how we're going to approach the last couple of weeks and put as much pressure on the Crusaders at the top of the table as we can." 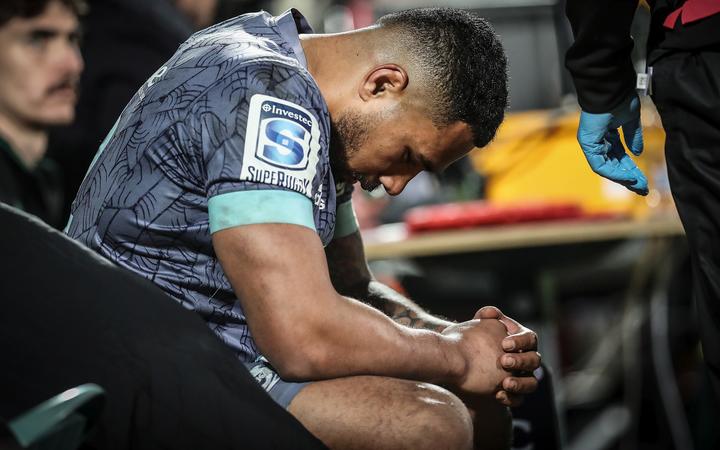 Ngani Laumape after being forced off the field with injury Photo: Photosport Ltd 2020

The Hurricanes are now three points behind the Crusaders, who have a game in hand.

"We were none and two probably a month ago and the boys came together and got tight and made sure that we lived our values a little bit.

"We still haven't finished on what we're trying to do this season so getting the win down here is great and we'll enjoy that, but we've got a few more weeks to go and we'll continue to grow our game."

Crusaders coach Scott Robertson is now turning his attentions to his side's meeting with the bottom of the table Chiefs in Hamilton on Saturday.

"We realise anyone can beat anyone. We know that. That's why it's so tough," Robertson said.

"When anyone can beat anyone it's brutal and the bodies are pretty beat up after all of these games.