Wes Goosen scored two tries to help the Hurricanes to a 34-32 win over the Crusaders, ending the home side's four-year unbeaten streak in Christchurch and breathing life into the final few weeks of Super Rugby Aotearoa. 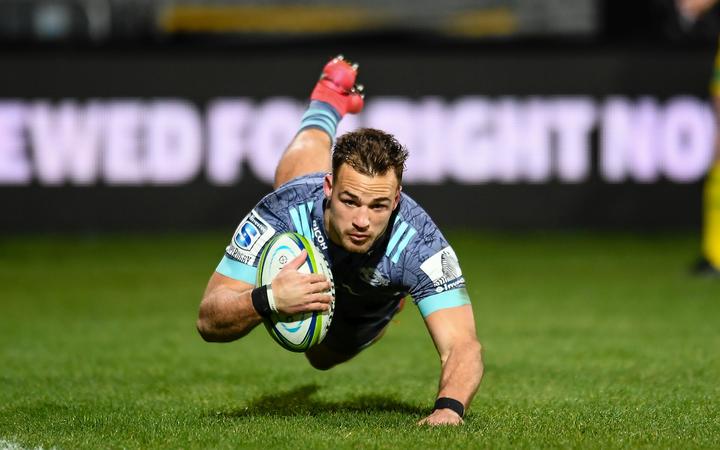 Fullback Jordie Barrett added 19 points with the boot as the Hurricanes moved into second place on the table with 16 points, three behind the Crusaders, who also suffered their first loss of the domestic competition.

Crusaders flyhalf Richie Mo'unga was instrumental in keeping his side in the hunt with flashes of individual brilliance, but he missed a sideline conversion of Sevu Reece's try with three minutes remaining that would have locked the scores up.

The Hurricanes had won their three previous matches in Super Rugby Aotearoa and used a video presentation of their 2016 victory - the last loss the Crusaders had sustained in Christchurch - as motivation.

It worked, with both sides playing controlled and aggressive rugby at near-test match intensity and the score swinging back and forth as both teams seized on their few opportunities to score.

Mo'unga and George Bridge scored tries in the first half for the home side, while Goosen crossed for both his tries and Barrett gave the Hurricanes a 21-17 halftime lead with his third penalty.

The Crusaders upped the intensity in the second half and had the Hurricanes under constant pressure but were only able to add to their score when Mo'unga slotted his second penalty.

The Hurricanes then advanced to a 31-20 lead when Barrett added his fourth penalty before Peter Umaga-Jensen crossed.

Mo'unga then took control of the game to set up an attacking scrum that led to lock Quinten Strange's try before the flyhalf ghosted through a gap and provided a massive pass to Reece to cross in the corner with three minutes remaining.

The only downside for the Hurricanes are injuries to prop Fraser Armstrong and centre Ngani Laumape who both went off with potentially serious injuries.