New Zealand's ability to allow crowds back in to sporting events has had an undesirable side-effect for some codes. 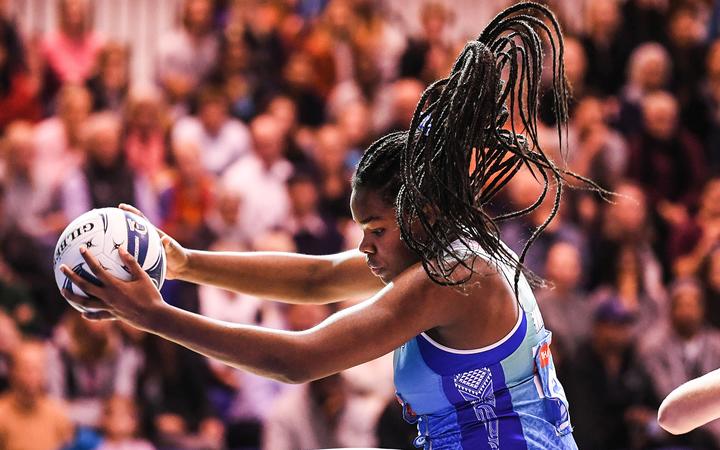 Alongside the genuine fans, a number of people working for illegal offshore bookmakers have also made their way into stadiums in Auckland.

Sports administrators know they are there and are working to crack down on the activity.

Three times people were caught transmitting games to Asia from the Auckland Netball Centre in the opening few rounds of the ANZ Premiership.

These people are called "courtsiders" and they feed point-by-point commentary to underground gambling syndicates - in real time - to get an edge on the betting market fluctuations.

Netball New Zealand's head of events and international Kate Agnew said this was the first time that this type of activity had been identified at a netball game in New Zealand.

"We'd anticipated this because we knew we were one of the few live sports that were allowing audiences in, so this was a possibility that this would occur so we did keep our eyes open for it," Agnew said.

The offenders were trespassed from the venue and Agnew said the information was passed on to Sport New Zealand as well as the police.

While not a criminal offence, courtsiding is a breach of the conditions of entry to the stadium.

"I think the police are interested because there is often a correlation between this kind of activity and maybe other activities that might fall more under their jurisdiction."

Removing spot betting from sport is a team effort and basketball's NBL Showdown general manager Justin Nelson said intel was shared between codes so that there is a sector-wide crackdown on the activity.

"Thankfully the sports work really well together, we advise each other when we do have any courtsiders at games or working a certain region," Nelson said.

"Across the world we have a very thorough integrity unit for sport and certainly for the NBL Showdown we are receiving regular wager reports from right across the world and I'm pleased to report that so far so good, but it something we are very mindful of and keep working on - as do all sports."

Nelson said identifying spectators who were engaging in courtsiding can be tricky for the uninitiated.

"Certainly when you've had years of experience seeing how they operate it becomes a lot easier to spot. I dare say people who are new to courtsiding and the practices of courtsiders at games probably take a bit more time to spot them but when you've had experience they stand out pretty easily."

When someone is suspected of courtsiding, Nelson said organisers follow a straight forward process which is backed by stadium security staff.

Before removing someone from the stadium, Nelson said their details, including a photo ID, is recorded.

"From the outset when a couple were found discovered at our game, I'm pleased to say that the message certainly got out there very very quickly that we were onto it and thankfully we just haven't seen it progress any further."

Kate Agnew said the determination to stop courtsiders was related to fairness for those legitimately betting on games.

"This is not anti-betting, but this is about the fairness and the equity of the conditions under which betting takes place. If people have courtsiders in venues who have an advantage of 30 seconds to a minute of activity over people who are placing bets in another location, who don't have that same information, that's not a level playing field," Agnew said.

Agnew also wanted to protect athletes and officials from the other element of betting - match-fixing.

"It is about safety for athletes and officials, we want them to be able to feel comfortable and know that they won't come under undue pressure or slightly less desirable elements of the sport."

Sport New Zealand chief executive Peter Miskimmin said anything that manipulated the outcome of the game was concerning for the government organisation and courtsiding was frowned upon.

But he does praise how the affected organisations dealt with it.

"Well done to netball and basketball officials who fixed that, but it is a clear message for our sector that we have to remain vigilant at all times to ensure that our sport is done fairly and is not brought into disrepute because of the bahaviour of some."