Latest - An online weightlifting competition has resulted in some encouraging results for the sport in New Zealand. 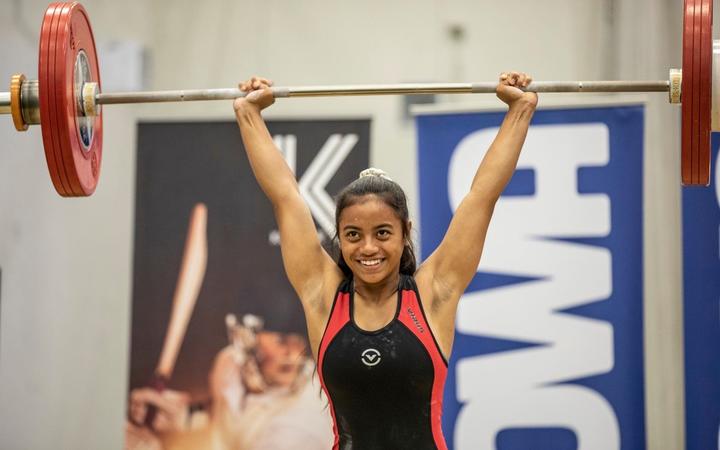 Almost 250 athletes took part in the North and South Island Championships where their best lifts were posted online.

The competition was held over two weeks.

Olympic Weightlifting New Zealand coach Simon Kent says he was delighted with the number of entries and hugely encouraged by some of the results.

The online competition was organised when New Zealand was in lockdown due to the coronavirus.

The next major event is the Nationals, which will be held in person in Tauranga in November.

Dom Sibley and Ben Stokes ground out patient half-centuries as England battled to 207 for three at the close on day one of the second cricket test against the West Indies at Old Trafford. 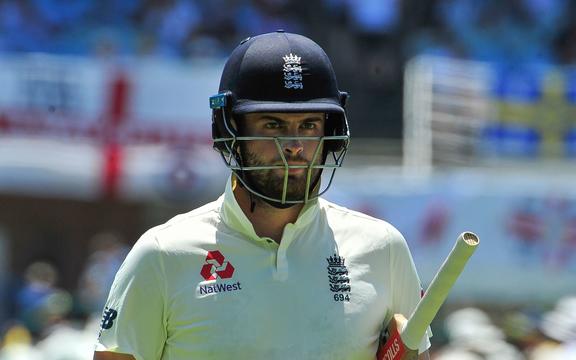 England were wobbling on 81 for three before Sibley and Stokes shared an unbeaten 126-run stand to give the hosts the upper hand on a day when only 82 overs were bowled after rain delayed the start.

Opener Sibley remained unbeaten on 86 while Stokes also took his time to get settled on a damp pitch before reaching 59 not out at stumps.

West Indies had won the toss and chosen to bowl to take advantage of seam-friendly conditions but it was off-spinner Roston Chase who dismissed openers Rory Burns and Zak Crawley.

England are without Jofra Archer after the fast bowler breached the team's bio-secure protocols while Mark Wood and James Anderson were rested.

Pace bowler Archer was left out after travelling to his Brighton home in between the first Test in Southampton and this game.

West Indies, who won the first test in Southampton by four wickets to take a 1-0 lead in the three-match series, named an unchanged team.

Leicester and United both win

Three teams remain in the hunt for the last two European Champions League spots from the English Premier League.

Leicster City and Manchester United both scored wins this morning to keep up the pressure on third placed Chelsea.

Chelsea have 63 points and Leicester and United 62 points with two games remaining.

The Leicester-Manchester United game on the final day of the season could well decide the last Champions League spot.

Canberra have upset NRL premiership heavyweights the Roosters 24-20 at their SCG home fortress. 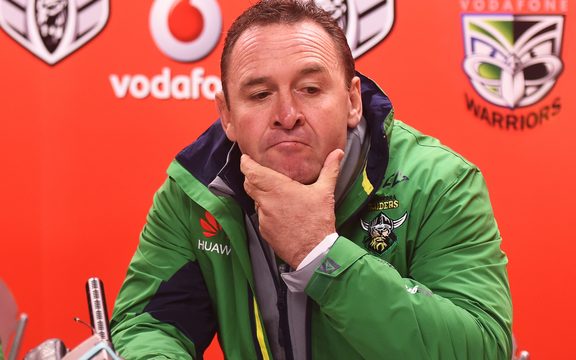 Led by powerful stints from props Josh Papalii and Dunamis Lui, the Raiders overcame the absence of a host of middle forwards and inspirational hooker Josh Hodgson to get up in the Roosters' faces and claw their way to a memorable victory.

"There wasn't many people give us a chance tonight outside the people in the inner part of the club," Raiders coach Ricky Stuart said.

"I said last week I don't care what people say or think, they don't know what's under the jumper or what we're built on."

Roosters coach Trent Robinson described the performance as un-Roosters like, with some soft tries through the middle.

"It's happened too many times in the last couple of weeks," Robinson said.

The Roosters stay fourth on the table and the Raiders fifth.

An Australian Supercars hub will be set up in Queensland following this weekend's round in Sydney. 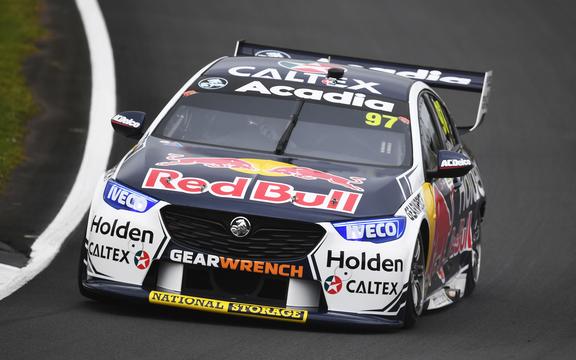 With the Greater Sydney region declared a Covid-19 hotspot by the Northern Territory Government - and just three weeks until the Darwin Triple Crown - all measures are being taken to allow events to go ahead as planned.

To do so, teams, drivers and officials will relocate north at the conclusion of this weekend's action.

All but Shell V-Power Racing, the Red Bull Holden Racing Team and Matt Stone Racing ordinarily have their headquarters in NSW or Victoria, meaning a number of temporary homes are on the cards.

It is not entirely clear how long the hub will run for, with Townsville in north Queensland the next scheduled destination (on August 29-30) beyond Darwin.

In a show of solidarity, all Queensland-based teams have offered to share their workshops and training facilities with their Victorian rivals for the duration of the stay.

No VAR in A-League

The Video Assistant Referee (VAR) will not be used in the A-League when it resumes tonight after a four-month break due to the Covid-19 pandemic. 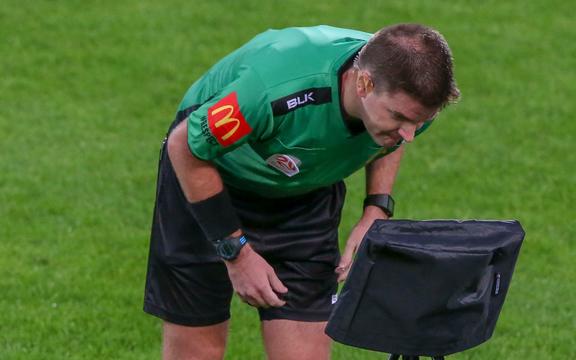 Football Federation Australia has made a number of changes with teams also allowed to make five substitutions during matches, in line with guidelines issued by the global governing body FIFA.

"The VAR decision was made after considering a number of factors. Our aim has always been to improve decision making accuracy and work ... to improve fan engagement by allowing referee audio broadcast," FFA's Head of Leagues Greg O'Rourke said.

"It's still our ambition to pioneer the broadcast of referee communications ... but is still in development mode for the global game. We will revisit the use of the VAR for the A-League 2020 Finals Series at a later date."

O'Rourke said there would be changes to matchday protocols during the remainder of the season including the suspension of team handshakes and the coin toss.

Top of the table Sydney FC kick off the restart against the Wellington Phoenix at Jubilee Stadium in western Sydney tonight. 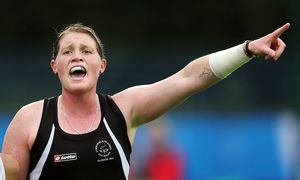 Glynn left her role with New Zealand Hockey earlier this month and has now teamed up with her former coach Mark Hager in Britain.

She coached at age group level before assisting the Black Sticks since early 2019.

"The role is an amazing opportunity for me to work with world class athletes and staff that have been successful on the world stage. I have enjoyed coaching against the squad and have always admired the way they play the game. It is a great privilege to join the group and I am really looking forward to adding what I can to continue to progress the squad," Glynn said

GB Women's Head Coach Mark Hager said: "I'm delighted to have Katie on board, and she will bring the attacking flavour that we're looking for."

The Auckland Huskies have scored an overtime 102-99 win over the top of the table Taranaki Mountainairs in the National Basketball League.

The Huskies got over the line thanks to four of their starting five scoring 20 points or more, led by Taine Murray's 28 points and a herculean display from Tohi Smith-Milner with 22 points and 21 rebounds.

Taranaki remain top, while Auckland are up to fifth.

Jordan Ngatai scored 25 for the Nuggets who are now tied for second in the League.

Zanardi to be brought out of coma

Doctors at the Italian hospital treating ex-Formula 1 driver Alex Zanardi have begun the process of bringing him out a medically induced coma. 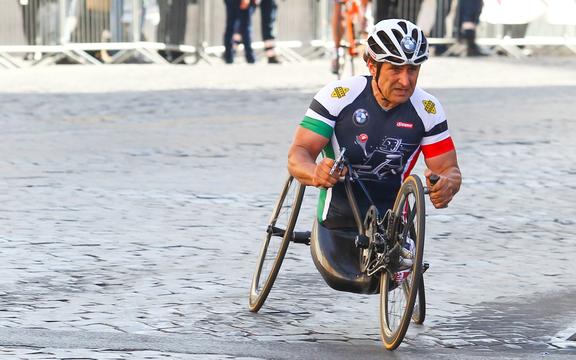 The 53-year-old Italian, a four-time Paralympic gold medallist, suffered severe head injuries in a crash with a lorry on his hand cycle on 19 June.

A statement from the Aou Senese Hospital in Siena where he is being treated said his neurological condition remained "serious" and that it would take "a few days" to complete "further evaluation".

Zanardi's prognosis remains confidential and a further update will be issued next week, the statement said.

Zanardi has become a global sporting icon for the resilience he has shown returning to action after losing his legs in an accident in a race in the US-based Champ Car championship at Germany's Lausitzring in 2001.

In addition to his four gold medals, he has won 12 world championships in the sport, as well as the 2011 New York Marathon.

Russell is backed by Mercedes and had been seen as a possible replacement for Valtteri Bottas, who is out of contract at the end of the year but now looking sure to stay with the champions.

Media reports have suggested Bottas has agreed a deal in principle.

The Finn won this month's season-opener in Austria and is leading his team mate and six-times world champion Lewis Hamilton by six points in the standings after two races.

Russell, who signed a three-year deal with Williams before joining last season, said he did not feel 'overlooked' by Mercedes.

Latifi, a rookie this season, also has a multi-year deal with Williams.

England rugby coach Eddie Jones says he did not hesitate to agree to having his temporary 25% pay cut made permanent as the RFU battles to deal with a financial crisis brought about by the impact of the Covid-19 pandemic. 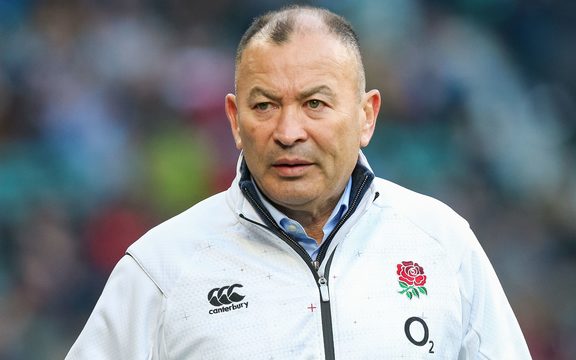 Australian Jones is the highest-paid international coach in the sport and in March agreed to a temporary cut in his reported $1.4 million salary, as did CEO Bill Sweeney and other senior staff.

This week that became permanent as the RFU revealed a potential revenue shortfall of almost $200 million over the next year and a plan for 139 redundancies.

England's players are also likely to face cuts in their $50,000-per-game match fees but Jones said that, and other financial pressures that could impact his usual money-no-object preparations, just had to be dealt with.

Jones is also likely to have to adapt on the hoof as he begins to prepare for England's November internationals. It is still unclear whether the original opponents - New Zealand, Australia, Argentina and Tonga - will travel, with alternative games against European opposition still in the mix.