The new woman on New Zealand Rugby's board, Jennifer Kerr, is all about making a difference - and in many walks of life, she tells LockerRoom's Ashley Stanley. 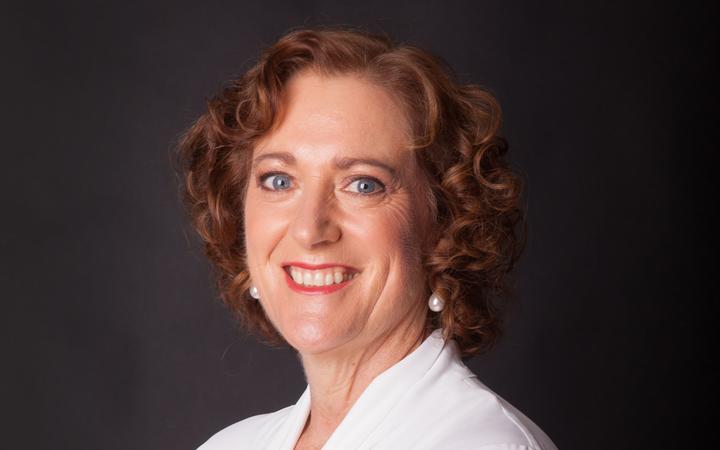 On top of making headlines as only the second woman appointed to New Zealand Rugby's (NZR) board, Jennifer Kerr wants to add where she can to the country's criminal justice system.

"It's a passion of mine, particularly criminal justice as it pertains to Māori," says Kerr, who is of Ngāti Tama and Ngāti Mutunga descent (as well as Norwegian, Scottish and Irish ancestry).

"We have to be able to do better than that… so if there's anything that I can contribute then I would really like to. You only get so much time on earth, so you want to be contributing, don't you?"

Doing things well is important for 55-year-old Kerr, so she's taken this semester off her final year of study at the University of Waikato - towards a Master of Criminology Science and International Security - to better manage her busy schedule. Including her new role in rugby.

For Kerr, who has vast experience in business and governance, it's about making a difference. That's what attracted her to the NZ Rugby board - their vision to inspire and unify through rugby.

"I think rugby has a role to do just that in New Zealand, and so what I bring is a real passion for, interest and experience in stakeholder relationships because rugby is intertwined in New Zealand at all levels of society," says Kerr, who's the aunt of an All Black.

"I think that's a real strength and I think we can use those relationships to inspire and unify, particularly after something like Covid. It's really nice to see people flock to Super Rugby Aotearoa and just find some fun and enjoyment in life again."

Kerr was appointed to the NZR board in April, filling the spot left vacant by Mark Robinson when he became NZR's chief executive. Kerr joins former Black Fern Dr Farah Palmer at the top table - which helps rugby move closer to the government's aim of having a minimum of 40 percent women on all national sports boards by December 2021. 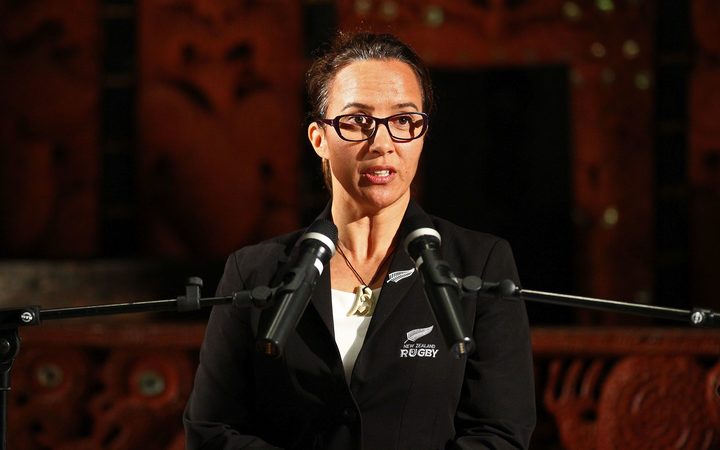 The global pandemic has meant the new board member has had to hit the ground running, but constant virtual meetings have been valuable.

"It's been full-on, but I'm a chronic optimist," Kerr says. "I think that's a really good way to start because you just dive in and you get to understand a lot more, a lot sooner, because you have to get across everything.

"And one thing about rugby people generally, and certainly in New Zealand, is they're really welcoming. I've had calls from people all over the ecosystem offering help."

With women's rugby growing in participation rates, interests and viewership, the benefits of having another female voice on the board makes sense to Kerr.

"Diverse boards make better decisions. When people ask me about the business case of diversity, I generally say 'Go and look at it' because the research has been there for so long," she says.

"If people ask in a genuine way and they really want to know, then I'll step them along the journey. But most of the time I think we're kind of past that state."

Mentoring other women in the organisations she's worked in is another way Kerr shares her knowledge and experience.

"I think that's part of being a woman who has had the background I have had. At 55, it's our turn to give back, to reach down and pull up the next lot and I like to have time to do that," she says.

She is also a member of Global Women, an organisation promoting diversity in leadership.

As part of NZR's aspiring director initiative, Kerr and the board are mentoring Nicola O'Rourke, the chair of the New Zealand Food Basket Collective. Kerr says she's one of the most capable aspiring directors she's seen.

"She's a really top-quality person who brings that customer and brand insight. Her observations are really sharp, and she cuts through to the critical issues," she says.

Kerr runs into the NZR boardroom with a CV that packs a punch.

Most of her career has been spent overseas in big companies, like Mobil Oil in North America and Europe, but in 2001 she decided to return to New Zealand.

"I've spent a lot of time travelling around the world, which was fantastic. But I did what a lot of Kiwis do when I had the children - I decided to bring them home, and I was originally going to retire," Kerr says.

Family is a huge part of life outside the boardroom. Her eldest son started his first job as a registered nurse on a medical ward just before Covid-19 hit, and her youngest is finishing his final year studying political science and psychology at the University of Waikato.

Kerr grew up in the back blocks of the King Country, but is now based in Hamilton.

"I grew up in a tiny little village called Oparau, which is about 13km inland from Kawhia. I come from a very large family - I'm one of nine children - so that's a big influence," says Kerr. Her nephew is former All Black Tawera Kerr-Barlow.

"We were the typical rugby family getting up in the middle of the night and watching the games on the black and white TV, so rugby has always been a part of our lives," she says.

Instead of retiring, Kerr was enticed back to work at Fonterra a couple of years after returning to New Zealand and the experienced executive spent six years leading a team responsible for human resources, and health and safety across the globe.

Then Kerr went back to university, but decided to take up a senior management position at Transpower for a couple of years.

"I finally retired at the end of 2017 and I have been involved in governance ever since," Kerr says.

Kerr is now a board director for New Zealand Trade and Enterprise, and is deputy chair of Callaghan Innovation, New Zealand's business innovation agency. She was also on the Counties Manukau Rugby board until she joined the NZR board.

Seeing organisations succeed from a governance level appeals to Kerr.

"Having a little bit of a distance can really help by adding insight that those who work and lead the organisation everyday may not see, because you get the breadth. You're in a unique position: you're not in it, but you're over it and you see all of the facets," she says.

Having been an executive for so long, Kerr says she knows how trying it is as management to have governance who overstep their role so is mindful about that dynamic.

"I always think being supportive of management and looking at what they are doing right is a much better governance model then always trying to pick holes. Your role is different, but I think a positive approach is really helpful," she says.

Success for rugby in five to 10 years would be continuing to have winning teams, she says, while focusing on high performance, and being a strong commercial powerhouse so NZR have the mandate to make rugby a game where everyone who wants to engage, can.

"Rugby needs a big front door that anyone can come through, so we'll be paying close attention to the commercials and high performance. But what draws my heart is the participation by everyone," she says.

"I always say when I see two little girls with hijabs running around with a rugby ball, then I'll know we've really cracked it in terms of reaching out to communities.

"Boys and girls who are physically not as able, as well. We'll find the formats that suit, and the ways that you can do it. You just have to want to be involved and I think that's realistic."

We're not a million miles off it, says Kerr, as there has already been a lot of great work done.

"One of the things I'm really conscious of as a new director is that we really need to honour the past, because those who have gone before have done some fantastic things," she says.

There is no doubt Kerr will be using her sharp set of skills and passion to drive change in all of her arenas.