A Pacific Islands Super Rugby team based in South Auckland is gaining traction. 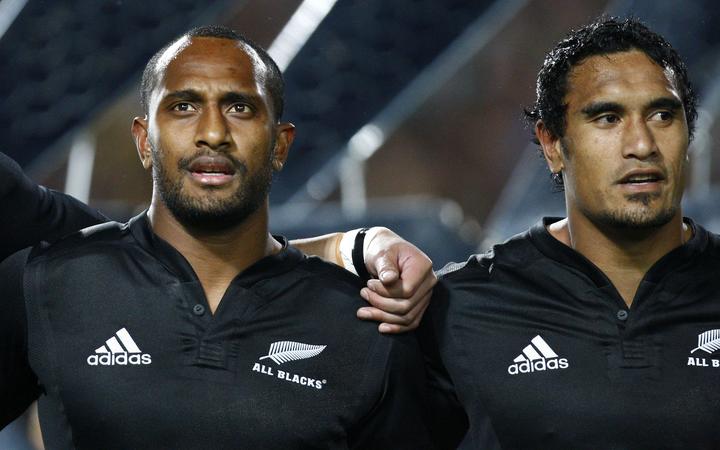 Joe Rokocoko and Jerome Kaino during their time together in the All Blacks. Photo: Photosport

A group of former All Blacks, including two-time World Cup winner Jerome Kaino, are behind the establishment of the first professional rugby union team in Hawaii.

Kanaloa Hawaii has had its bid to join America's Major League Rugby confirmed and is now in talks with New Zealand Rugby about joining a revamped Super Rugby competition.

It would be a separate team to the one that will play in the US, and would be based in South Auckland.

All have either Samoan, Tongan or Fijian heritage.

"Creating an even playing field for Polynesians and Maori to get on the world stage, and the impact you have on the people back home is enormous," Kaino said.

"You end up finding out that rugby is more than a game."

"That's what it means to us. To be able to create a legacy and create something special to pass on to the next generation ... and show what our little nations can do on the world stage."

The chief executive of Kanaloa Hawaii, Tracy Atiga, told RNZ Pacific, said they have already had discussions with New Zealand Rugby about the possibility of joining a new-look Super Rugby tournament.

New Zealand Rugby is currently examining the future make up of Super Rugby and the international Rugby Championship, with its Aratipu report due to go to the board by the end of the week.

"We would essentially set up our satellite programme which is here in south Auckland to accommodate a second team," said Atiga.

"So we are not talking about one team that plays in the MLR and then they come and play in Super Rugby - we are talking about two pro teams that would have equally competitive athletes at that level and we would own and operate them in co-ordination with each other," she said.