Perth Glory captain and star midfielder Diego Castro has opted out of the remainder of the A-League season, citing an "unacceptable health risk" as Australia battles fresh outbreaks of COVID-19, and gone touring in a campervan with his family. 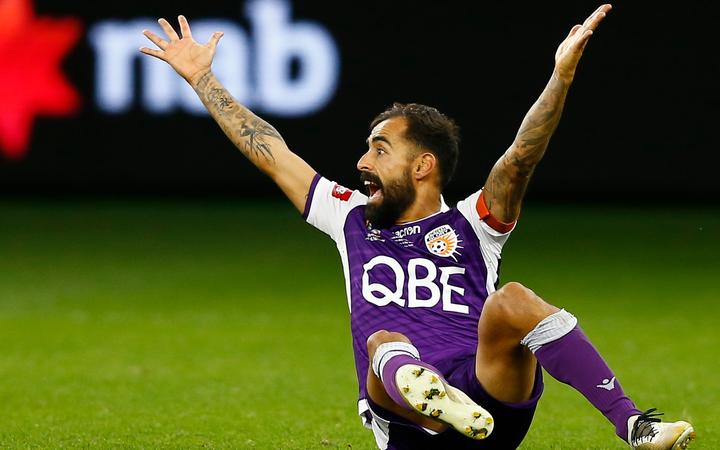 The 38-year-old Spaniard declined to join his team mates in a New South Wales hub ahead of Friday's restart of the A-League which was shut down in March, the Glory said.

A-League broadcaster Fox Sports reported that Castro was touring Western Australia state in a campervan with his family and had not been in contact with the club for some time.

"The Glory skipper informed the club that he viewed his participation to be an unacceptable health risk for him and/or his family," the Tony Popovic-coached Glory said in a statement.

The loss of playmaker Castro, who won the Johnny Warren Medal as the league's best player in 2015/16, is a huge blow for Glory, who sit fifth in the league with six regular season matches before the playoffs.

They had already lost two defenders in Swiss international Gregory Wuthrich and Korean Kim Soo-Beom who returned home during the league's shutdown and have not returned.

Castro is hardly alone in opting out of the A-League, with Western United midfielder Panagiotis Kone, a former Greece international, heading home to Europe with a year left on his contract.

Melbourne City confirmed on Tuesday that Spanish forward Markel Susaeta had also left the club to return home to Spain to be with his family.

The A-League relocated three Melbourne clubs out of the southern state of Victoria to neighbouring NSW over the weekend after an outbreak of COVID-19 in the southern city.