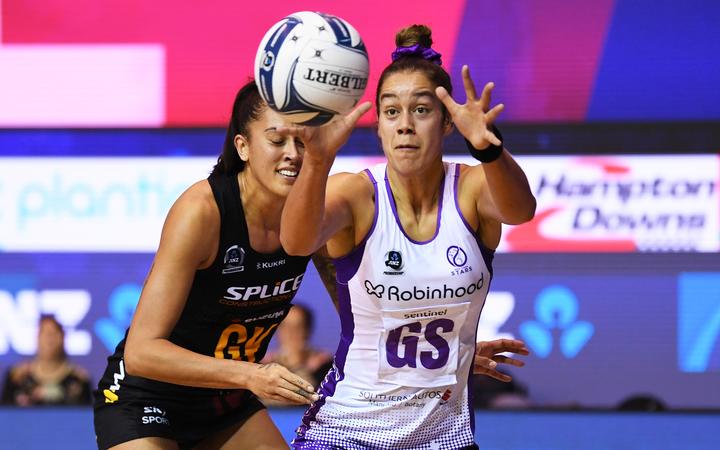 After downing the Southern Steel 48-39 on Saturday, courtesy of a dominant final quarter, the Stars were pushed hard by the Magic today and only edged ahead in the closing minutes on the back of an assured shooting performance from Maia Wilson.

The two teams battled out a 46-46 draw last time the two teams met, just six days ago, and today's game was equally fierce.

The Stars looked well in control after two solid opening quarters, Wilson sinking 18 from 20 to give them a 23-18 lead at halftime.

But the Magic stormed back, midcourters Whitney Souness and Ariana Cable-Dixon delivering quality turnover ball into the circle for shooters Kelsey McPhee and Abigail Latu-Meafou to convert.

The Magic won that quarter 18-10, sinking all but two of their 20 shots on goal while the Stars couldn't match their volume and struggled with 10 from 13.

Trailing 33-36 at the three-quarter mark, the Stars battled their way back and regained the lead with just over three minutes remaining.

Wilson shouldered the bulk of the Stars shooting, sinking 39 of her 43 attempts, while McPhee converted 29 from 33 and Latu-Meafou 14 from 17.

In the second game of the day, the Tactix clung on to defeat the second-placed Northern Mystics 41-40. 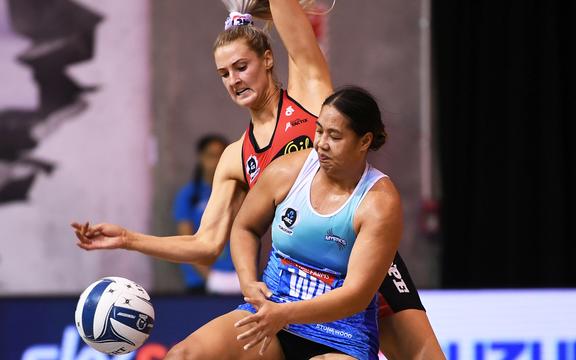 The Tactix - fourth on the ladder - took an 8-6 lead in a low-scoring first quarter, the Mystics resting towering young shooter Grace Nweke and starting Saviour Tui and Asher Grapes in their shooting circle.

Nweke replaced Grapes at the first break, and with Tui moving out to goal attack, the Mystics worked their way back into the game.

The Tactix still maintained a narrow 20-19 lead at halftime, and worked hard to extend to a four-goal margin in the third stanza before a strong Mystics surge reduced their lead to 32-30 at three-quarter time.

Erikana Pedersen and Kimiora Poi ran the Tactix midcourt with flair and accuracy, providing a steady supply of quality ball into goal shooter Ellie Bird (20 from 25), who was well backed by Te Paea Selby-Rickit (21 from 24).