The Hurricanes have eased into third place on the Super Rugby Aotearoa table with a 17-11 win over the Highlanders at a windswept Sky Stadium in Wellington. 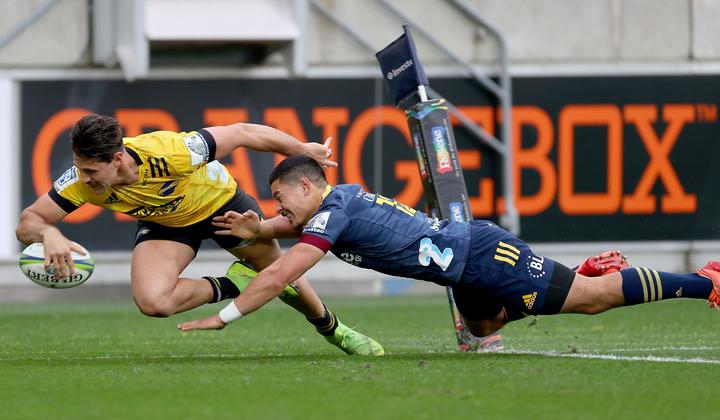 They ran in three tries to the visitors' one, but still had to dig deep to hold on for their second win of the competition.

The match started at a frantic pace in gusty conditions, both teams denied a try inside the first 10 minutes.

The scoreless deadlock lasted nearly 30 minutes, but was broken when TJ Perenara sold an outrageous dummy and sidestepped his way around Smith to dot down. 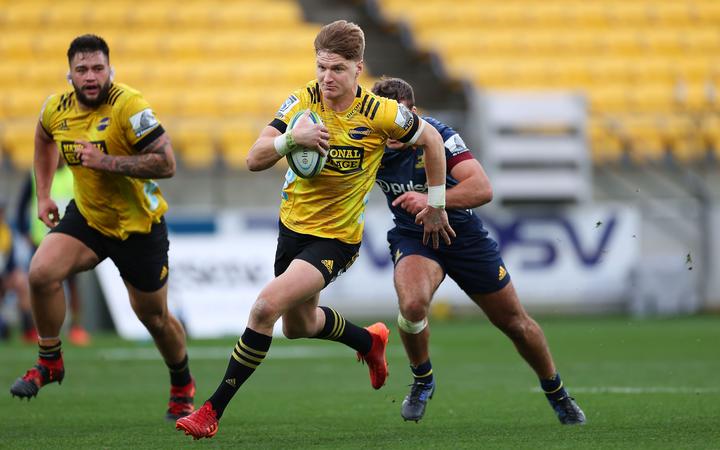 Four minutes out from halftime, a Scott Scrafton offload found Jordie Barrett, who sliced through the middle before looping a long pass to wing Kobus van Wyk out wide.

The Hurricanes took a 12-0 lead into the break, and extended that soon after the restart, showing impressive patience and discipline in hammering the Highlanders line before flanker Devan Flanders broke through for the try.

A Mitch Hunt penalty finally put the Highlanders on the board after 50 minutes, then Smith made the most of some disorganised Hurricanes defence to dive over in the corner.

An 80th minute penalty earned the Highlanders a bonus point, then the Hurricanes had to withstand some late pressure in challenging conditions to secure the win.