The Warriors couldn't protect an early lead against the Gold Coast Titans, going down 16-12 in the NRL in Robina on Friday tonight. 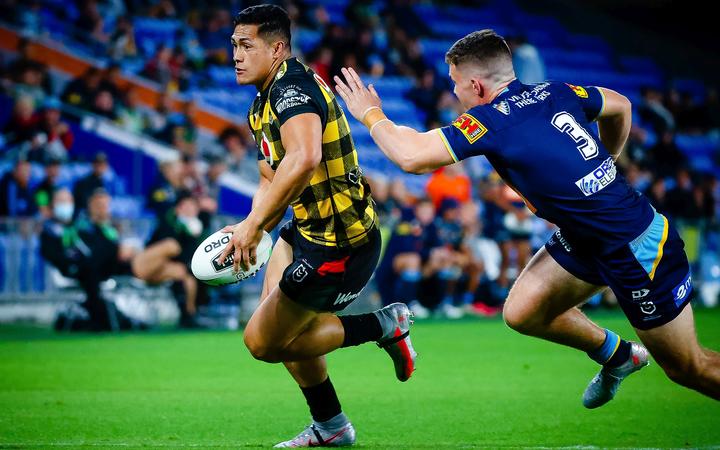 The home side made five errors and blew their captain's challenge inside the first 15 minutes and invited the Warriors to take control of the contest.

Warriors skipper Roger Tuivasa-Sheck was happy to oblige, using some dazzling footwork to open the scoring in just the fourth minute with his 50th NRL try.

The Titans then steadied the ship and it was veteran winger Anthony Don who got them on the board in the 20th minute after good lead-up by Corey Thompson.

After trailing 12-6 at the break the Titans struck first in the second stanza courtesy of some Tyrone Peachey brilliance.

Peachey chased an Ash Taylor grubber, got to it just before the dead ball line and flicked it back in for Sam Stone to score.

Taylor missed an easy conversion to level the scores but a try to youngster Beau Fermor off a Jamal Fogarty grubber in the 75th minute put the Titans in front.

Fogarty followed up with a 40-20 in the 78th minute to ensure the Warriors were pinned on their own tryline and would be left to rue the one that got away.