Christchurch in the middle of winter has proven a real challenge for high jumper Hamish Kerr but he's trying to make the most of it. 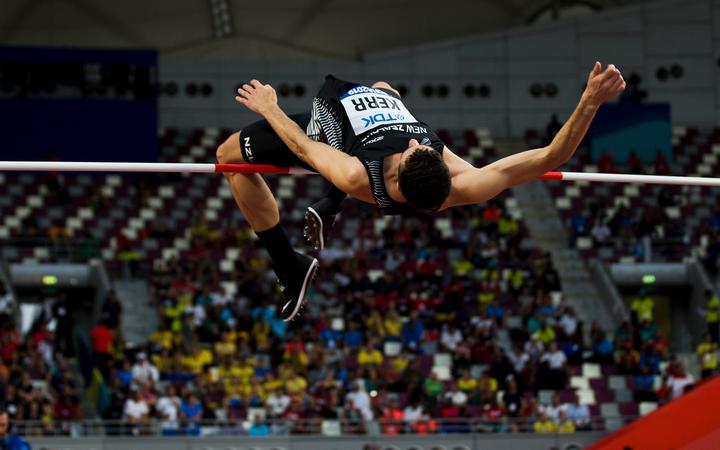 Like many athletes Kerr had expected to be in the northern hemisphere at this time of the year preparing for the Tokyo Olympics.

However the coronavirus pandemic forced the International Olympic Committee to postpone the games and Kerr has spent the lockdown doing the best he can, even when the mercury has failed to reach double figures.

Kerr spent lockdown with his family in Auckland.

"I was able to do a little bit of training (in Auckland), I just used water bottles for weights for most of my sessions as I didn't have any specific gear, but I made it work, so was pretty happy with the progress I made through lockdown." 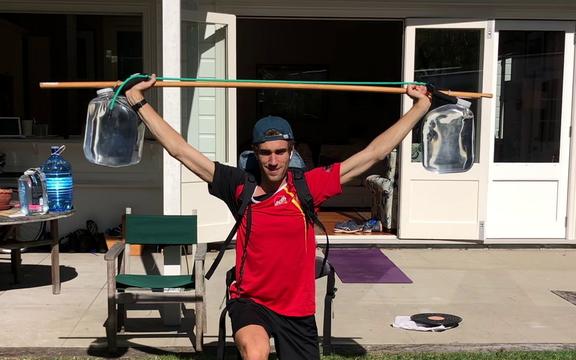 The 23 year old has won the last six national senior high jump titles, but only started taking the event serious two years ago.

That meant a move south to be with coach Terry Lomax.

"It's just so cold down in Christchurch."

"I'm jumping three times a week, but we have to jump outside at Christchurch Boys High, just because the track surface has to be right."

"There is no indoor facility in Christchurch that has that type of surface so you can imagine on those cold Christchurch mornings it's hard to get muscles to temperature and all the rest of it."

"I think it's quite humbling going out into the cold and doing what I need to do..... I'm just stoked that I can."

"I look at so many of my competitors overseas and we're just in such a privileged position to even be able to go outside and do our training the way we usually do it, as there are so many people in Europe and South America that can't as they're still in lockdown and dealing with coronavirus."

Kerr set a new national record of 2.30m in winning the Oceania Championship title in Townsville in June last year which qualified him for the World Championships in Doha.

He finished the world champs with a best height of 2.22m, missing out on the final.

He ended 2019 with a world ranking of 12 and was set to gain an automatic qualification for the Olympics.

After overcoming the initial disappointment of having the games postponed, Kerr is now happy about it being another 12 months away.

"For me competing against guys who are 29 or 30, another year for them is another year they have to hang on, whereas for me it's another year I can improve, develop and just be a better high jumper."

He was set to have four seasons in a row of competition, but the Covid-19 pandemic has forced him to stay home allowing him to get in some much needed conditioning.

"So its just an absolute bonus for us, another 12 months (until the Olympics), with 8 months of hard training and just getting as strong as I can which I genuinely think will mean that instead of going to Tokyo just to smell the roses, I'll be going there to compete." 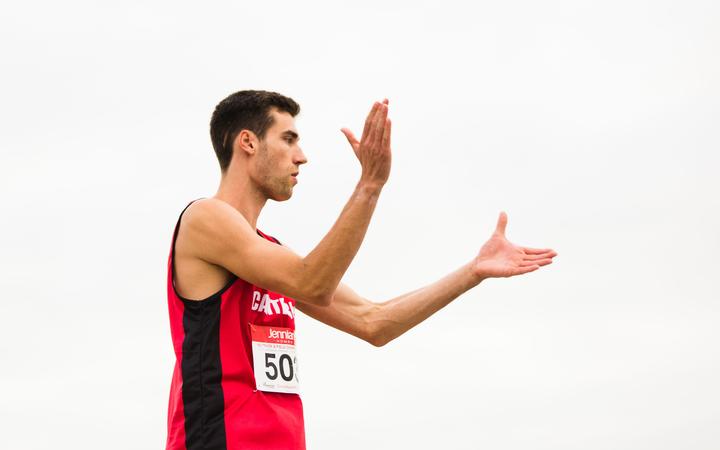 Kerr is in Hawke's Bay for the Athletics New Zealand training camp and is enjoying the slightly warmer climate.

"With a power based events like shot put or high jump, it's so nice to be in a slightly warmer environment and just get that much more benefit from our training."

"Because athletics is a decentralised sport (we have a lot to do with each other, but we don't really see each other in New Zealand) it means these camps give us the opportunity to come together, to train together and to get motivated by each other."

"There is a massive team element to our sport which you don't often see in the end result."

So what does the next six months hold for Kerr and other athletes like him who are hoping for some overseas training or competition.

"We're just trying to stay open minded, if there was the opportunity to do it, we'd definitely jump on it , but we're not expecting that to happen for some time."

"There is a lack of competition for high jump in New Zealand so for me it's quite important to get over to Australia at some stage just because they've got a couple of really good guys in the world."

But for now it's a return to some outdoor training on those cold Christchurch mornings.