The Central Pulse are now the only unbeaten team in the ANZ Netball Premiership after beating the Northern Mystics 42-35 in their top of the table clash in Auckland. 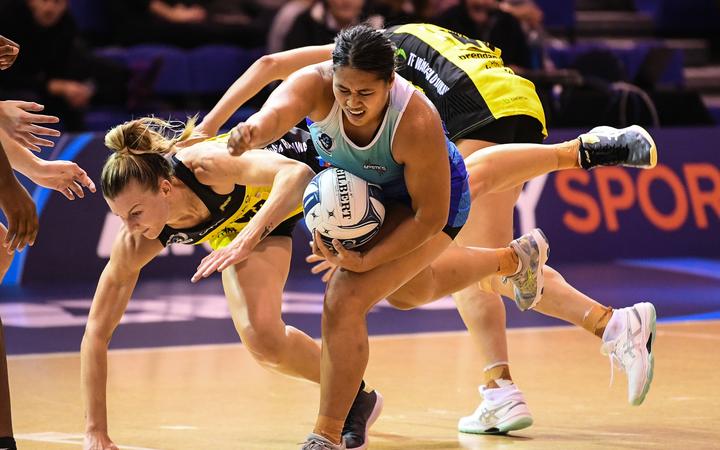 The first three quarters were a see-saw battle for supremacy, where the magical feeds of Peta Toeava to rangy teenage shooter Grace Nweke kept the previously unbeaten Mystics in the hunt.

But the injection of Tiana Metuarau on attack in the second half sparked the Pulse into the type of disciplined game we're accustomed to seeing from the defending champions.

Smothering defence from the Pulse restricted the Mystics attack from the start and the Pulse opened up a five goal lead.

However halfway through that first spell, the Mystics figured out releasing the ball quickly on attack worked and Toeava, the master of the deceptive pass, and her midcourt apprentice Tayla Earle began to lob the ball into Nweke with ease, closing the gap to one just before the break.

Down 10-8 going into the second spell, the Mystics carried on their strategy - the big lobs in behind Pulse goal keep Kelly Jury finding Nweke almost every time - and soon were up by two.

Mystics circle defenders Phoenix Karaka and Sulu Fitzpatrick pushed shooters Aliyah Dunn and Ameliaranne Ekenasio into uncharacteristic errors, which began to seep through the rest of their attack.

But with some trademark patience, the Pulse staged a four-in-a-row comeback in the last two minutes to sneak in front again, 18-17, at halftime. 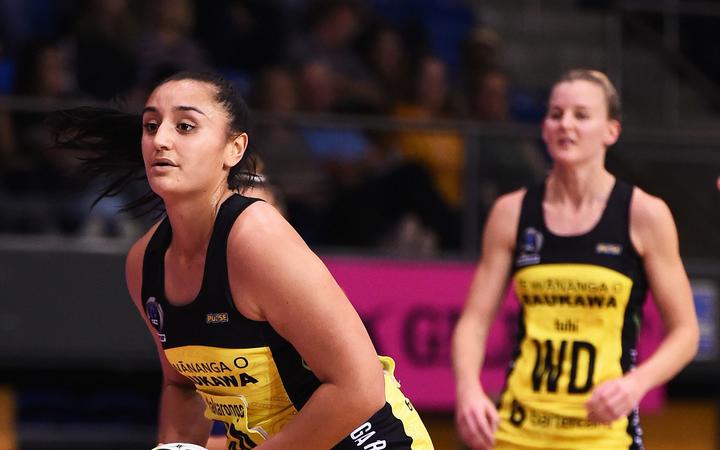 The Mystics made a change in their shooting circle, bringing 18-year-old Saviour Tui on at goal attack for Asher Grapes (19), who'd only offered one shot in the first half.

Unable to make a clean break from the Mystics, the Pulse introduced Metuarau - first at wing attack then into the goal circle next to Ekenasio.

With no shortage of strength on the ball and confidence with her shot, Metuarau made a crucial difference at goal attack, and the Pulse took a 30-28 lead into the final 12 minutes.

Finding better avenues across and down court, through their willingness to methodically work the ball around, the Pulse began to take the upper-hand as the last quarter wore on, stretching out to four. They also stepped up their pressure on defence, rallied by Katrina Rore, the match MVP.

Ekenasio continued to shoot another outstanding game, ending the match with 21 from 24 (88 percent).

The Pulse are now three from three at the top of the table on the same points as the Mystics who have played four games.

Next weekend the Pulse have the double header against the Steel and Magic, while the Mystics play the Tactix.