The Covid-19 crisis has left a much-loved community organisation in South Auckland fighting for its survival.

The Papatoetoe Boxing Club is most well known as the place where New Zealand heavyweight and former world champion Joseph Parker got his start.

But it's also a place which has provided three decades of invaluable service to its community.

Clay Wilson and video journalist Dan Cook found out how a club that finds itself on the ropes, is refusing to throw in the towel. 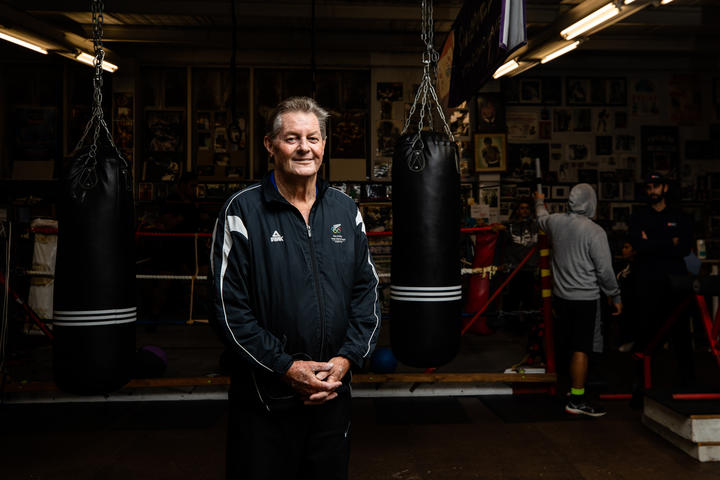 For 30 years, teenagers like Faraday Morunga have spent their weeknights sweating it out at the Papatoetoe Boxing Club.

Hours upon hours spent learning the skills required to be successful in the ring.

But for Faraday, and many others who came through the doors, the South Auckland gym was much more than just a boxing club.

"For the people that come here, they feel safe, they feel like they've been wanted. There's no other place like this than home."

But that feeling of security was coming under threat.

The Covid-19 crisis hit the club like a right hook to the ribcage - drying up the pokie machine funding it relied on for 95 percent of its operating costs.

Grant Arkell has owned and operated the gym since opening it alongside Tongan-Kiwi boxing legend, the late Manny Santos, in 1990.

He said realising the precarious position was tough.

"I thought, if I've got to move out of here I've got to start up somewhere again, and I don't want to lose [these kids]... it's a big part of my life.

"It's just a matter of trying to stay in this area so I can keep these kids going because most, the majority of them, come from around South Auckland.

"I think a lot of them would have been lost if this place had closed down."

A statement which rung true when you heard what other roles the club played.

Arkell said he and his wife Mary offered much more than just a place to learn about boxing.

"You're a social worker and you're a father to some of them.

"When they have babies Mary's knitting for some of them. It goes on and on and on."

Karen Otai is a former boxer at the club who volunteers her time to help in any way she can.

Hearing news the gym's future was under threat, she wasted no time in setting up a givealittle page to start the fundraising drive.

Otai wasn't surprised to see donations from as far afield as the UK and South America.

"It's a safe haven, you walk in and it's a safe space.

"There's no outside noise. No one's talking about what they did before or after, it's really just about the boxing.

"Grant and Mary do a great job at protecting this safe space, and that's why it's important that we keep it."

Arkell said, for some of his boxers, the risks of not being at the gym were high.

"A lot of them have told me that it wasn't for the boxing they'd have joined a gang, or got into some sort of trouble.

"We have lost a couple to the gangs, but then they come back."

Demand at the club has been high for years, with the waitlist swelling to as many as 100 people.

Arkell kept fees that low to make the gym, and what it offered, accessible to as many in the community as possible.

"We're not in it for money, we're here because we're passionate about the sport and we just want to help these kids, that's it." 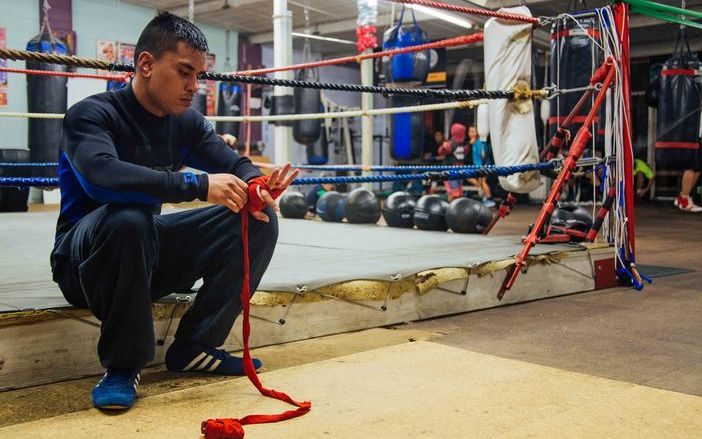 Mose Auimatagi Jnr wraps up his hand before stepping in the ring. Photo: The Wireless / Chevron Hassett

Right now, though, money was exactly what's needed, and everyone associated with the club was taking up the fight.

The sale of cupcakes and pre-prepared BBQ meals had raised $2000, local businesses were chipping in and the club's most famous former member, Joseph Parker, was using his profile to help however he could.

Even those who couldn't afford to be generous were doing so, Arkell said.

"Some families have been trying to pay [fees] in advance, which I don't want them to do because I know they're all struggling.

"Some of the parents are out of work, some of the older guys that are working have offered to pay twice and three times their fees just to help us get through."

They're gestures which showed just how much the club meant to those who benefited from it.

Those like Faraday Morunga, who ran an hour to get there from his home in Manurewa, after a 10-hour day working at a nearby welding company.

The 18-year-old said it was a small sacrifice, given everything the gym had taught him.

"Just being humble and not going out on the streets because when you come here, everything changes.

Down for now - but Grant Arkell and the Papatoetoe Boxing Club certainly aren't ready to be counted out.