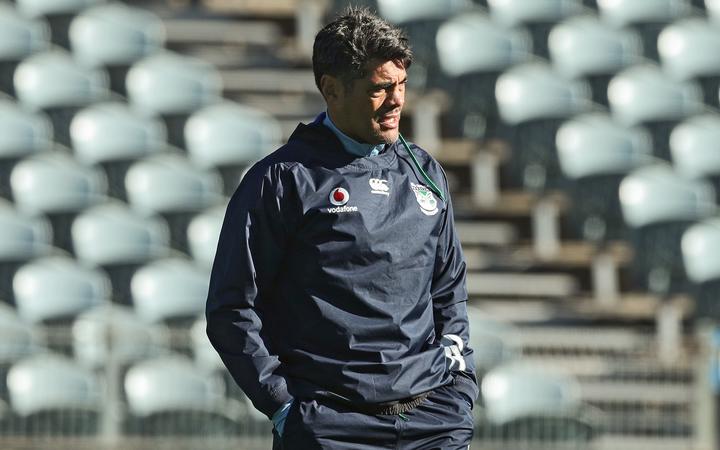 Warriors chief executive Cameron George said Kearney - who joined the club in 2017 - had been told this morning that the club needed to make an immediate change.

"It's a tough day for all of us particularly after last night's performance," George said in a statement.

"Stephen is extremely professional and has put in a huge amount of effort in the role but, along with the owners, we feel we need to make a change now in the best interests of the club."

The Warriors have had a roller-coaster season, with only two wins from six games, and big losses to the Newcastle Knights, the Canberra Raiders and the St George Illawarra Dragons.

George said the Warriors appreciated Kearney's work at the club.

"We're so grateful to Stephen for the dedication he has shown to us in what have been difficult circumstances. His commitment, work ethic and concern for the wellbeing of the club, players and their families through this challenging year is testament to his character and we wish him and his family all the best for the future."

Kearney signed with the Warriors as head coach for the 2017 season, guiding the club to the finals in 2018.

Payten, 41, joined the Warriors' coaching staff last season after working with the Cowboys. He was a member of their coaching staff when they won the NRL grand final in 2015.

During his 259-game playing career, Payten experienced grand final success when he helped the Wests Tigers to their maiden premiership in 2005.

George said the club appreciated Payten stepping in to take up the role on an interim basis., and said work would now begin with the owners on an agreed process to appoint a new head coach.