The Warriors struggle for consistency as the NRL continues. 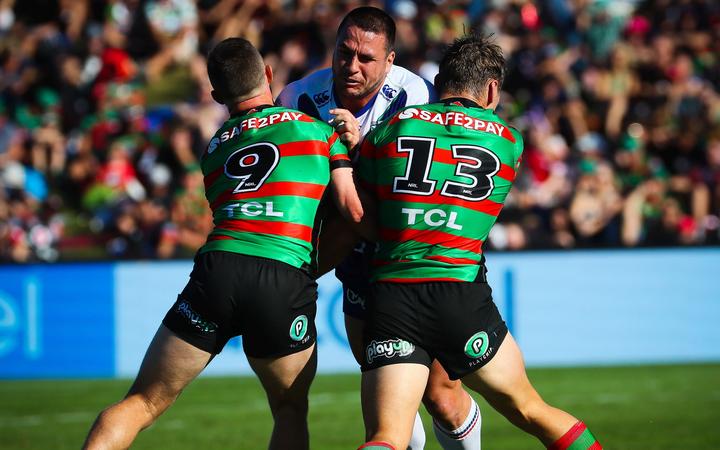 The New Zealand side suffered their fourth loss of the season on Friday night, thumped 40-12 by the Rabbitohs in Sydney.

The result meant, since the NRL restarted late last month, the Warriors had backed up two victories with two defeats.

With just those pair of wins from six matches, they sat 11th on the ladder but were likely to drop further by the end of the weekend's matches.

As big as the final margin was in favour of the Rabbitohs, it was the Warriors who took the early lead, a superb floated pass from Blake Green putting David Fusitu'a over in his first match back for the side.

South Sydney replied through Campbell Graham a few minutes later but a Kodi Nikorima penalty levelled the scores at 6-6 as the first quarter of the match came and went.

When Nikorima was sin-binned for a flop tackle soon after, though, the Rabbitohs took their cue to begin the one-way traffic.

They scored three more tries before halftime, some soft defence and at least one questionable refereeing decision helping them extend their lead to 16 points as the players headed for a break.

Another four-pointer five minutes after the resumption effectively killed off most hope of a fightback from the Auckland-based side in the second half.

"What disappointed me tonight was the softness of the tries, the 43 missed tackles … we created enough opportunities for ourselves I thought, we got over the line three or four times, lost the ball over the line, one was batted away," said coach Stephen Kearney.

"We created enough opportunities for ourselves, we just didn't have any resilience to keep them out."

In the night's other game the Penrith Panthers showed their Premiership credentials with an impressive 21-14 win over Melbourne.