Black Ferns lock Charmaine Smith has today announced her retirement from all rugby. 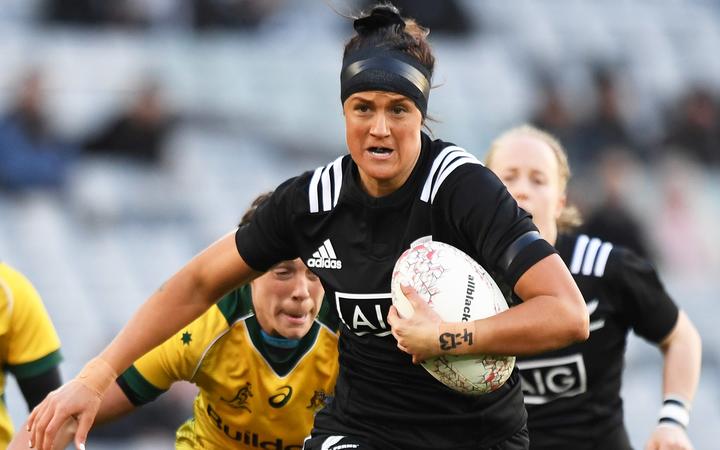 Smith, 29, who has played 27 Tests since debuting in 2015, has made the decision after a scan found a bulging disc in her neck.

New Zealand Rugby's Head of Women's Rugby, Cate Sexton said Smith's health and wellbeing was the priority and the medical advice was clear.

"Rugby is a contact sport and to play with this type of injury was simply too risky for Charmaine's health. It's obviously hugely disappointing for her, the Black Ferns and fans, but it's the right thing to do and she has the backing of her medical team, her family and teammates.

"Charmaine also has a career in the New Zealand Police as a sergeant, which is equally important to her. Fortunately, her injury won't impact her policing role and she will continue to serve her community outside of rugby," Sexton said.

Smith said her goal had always been to leave a legacy in the black jersey.

"I want to take this opportunity to thank everyone who has supported me, encouraged me and been a part of my rugby career.

"We never own a Black Ferns jersey, we're only caretakers of the jersey until we aren't any more. I really hope that I've left the jersey in a better place than where I picked it up. I hope that whoever picks it up in the future picks it up from where I left off and takes it even further."

Black Ferns Head Coach Glenn Moore paid tribute to Smith, saying she was the benchmark for hard work and commitment.

"Charmaine set the standard when it came to work ethic and dedication to training. She was first selected in 2015 and leaves the game five years later as one of the leading locks in the world.

"She's made a huge contribution to the legacy of the Black Ferns and she can be enormously proud of her rugby career. Her family has always been Charmaine's motivation and I'm sure they are all thrilled with all that she has achieved in the black jersey," Moore said.

Smith made her debut for the Black Ferns in 2015 in Canada and went on to play 27 Tests in the black jersey, scoring 20 points during that time.

Born and bred in Whangarei, Smith moved to Auckland in 2009.

A former netballer, she was a training partner for the Northern Mystics and a provincial player for North Harbour before making the switch to rugby in 2014. She represented both North Harbour and Auckland in the Farah Palmer Cup.

Moore said Smith's progress in rugby has been rapid after she made the switch from netball where she had quickly became a key member of the Black Ferns.

In 2017 Smith played in all five matches in the Rugby World Cup in Ireland and scored a try in the Black Ferns 41-31 victory in the final against England in Belfast.

"Charmaine is a talented all-round athlete and an example of how sporting talent can transfer between codes. She was a very determined student of rugby, always analysing and figuring out how she could improve. As a coach those are the kind of attributes you want in a player.

"She will be sorely missed by her team and the Black Ferns management, and we wish her all the best for her future endeavours."