Eleven-year-old British skateboarder Sky Brown is "lucky to be alive" after a horrific fall from a ramp during training in California last week. 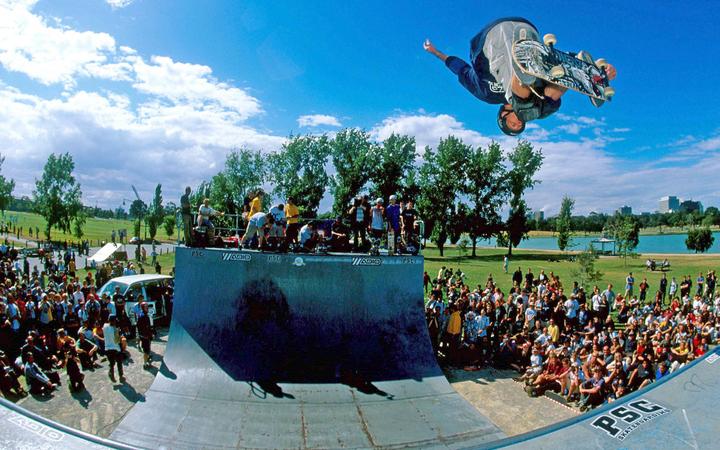 Brown, who was hoping to become Britain's youngest summer Olympian in Tokyo, has skull fractures and broke her left wrist and hand.

She was taken to hospital in a helicopter and was unresponsive on arrival, but should recover fully.

"Sky landed head-first off a ramp on her hand," said her father Stewart.

"When she first came to hospital, everyone was fearful for her life."

Brown added his daughter was "super positive" and would have a "speedy recovery".

"Sky had the gnarliest fall she's ever had and is lucky to be alive," he said.

"Sky remains positive and strong, the whole medical team is shocked to see her positivity."

Sky, who posted a video on Instagram from her hospital bed, said she was "going to push even harder" when she returns to skateboarding, which will make its Olympic debut in the postponed Tokyo Games.

"I'm going to push boundaries for girls with my skating and surfing," she added. "I'm going for gold in 2021 and nothing will stop me."