FIFA has joined sports leagues, teams and players around the world to express solidarity amid outrage over the death of George Floyd, an unarmed black man killed in police custody in the United States. 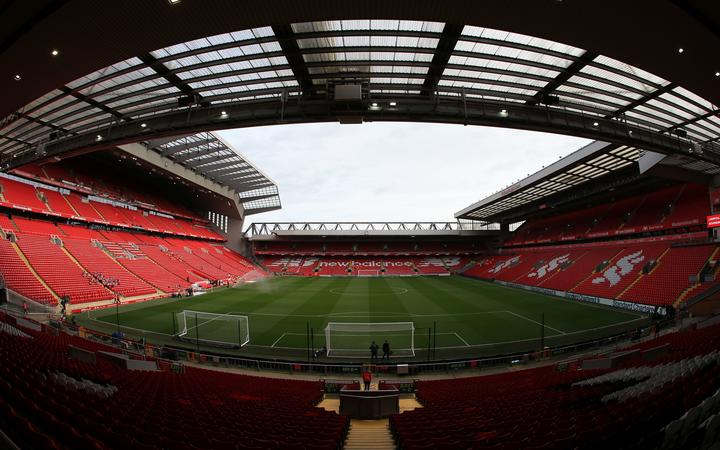 The National Football League, National Hockey League and National Basketball Association have put out statements about the racial injustice that sparked protests across the U.S. but Major League Baseball has yet to make an official statement.

From those four leagues, 74 of 123 teams (60%) have issued statements on the protests according to research by Axios.

Charlotte Hornets and owner and former NBA great Michael Jordan and golfer Tiger Woods, who rarely speak out on social issues, have also called for change.

The voices of outrage, however, are being heard well beyond U.S. borders.

Several soccer players protested during matches in Germany's top-flight Bundesliga at the weekend, with Borussia Dortmund's Jadon Sancho and Achraf Hakimi displaying undershirts with the message, "Justice for George Floyd" on Sunday.

The German Football Association (DFB) said it was reviewing the incidents.

England international Sancho was shown a yellow card after removing his shirt but the DFB said it was not due to his message but because he broke the rules on removing shirts.

FIFA, an organisation that has had zero tolerance for players expressing personal views about politics, religion and social issues on the field, has asked competition organisers to use "common sense" with athletes who show messages of protest over Floyd's death.

In a statement on Tuesday, the global soccer body said it "fully understands the depth of sentiment and concerns expressed by many footballers in light of the tragic circumstances of the George Floyd case".

It added that applying the laws of the game was the responsibility of competition organisers, such as domestic leagues, who FIFA said "should use common sense and have in consideration the context surrounding the events.

"FIFA had repeatedly expressed itself to be resolutely against racism and discrimination of any kind... FIFA itself has promoted many anti-racism campaigns which frequently carry the anti-racism message at matches organised under its own auspices," it added.

"@ICC and all the other boards are you guys not seeing what's happening to ppl like me? Are you not gonna speak against the social injustice against my kind..." he wrote in a series of tweets.

Formula One drivers followed Lewis Hamilton's lead on Monday after he criticised those in what he called the "white dominated sport" for failing to speak out about Floyd's death.

Ferrari's Charles Leclerc said on Twitter he had felt "out of place and uncomfortable" sharing his thoughts on social media about the situation but realised he had been "completely wrong".