The Hurricanes are showing some interest in the return of crowd favourite Julian Savea, who says he'd love to play for his home team again. 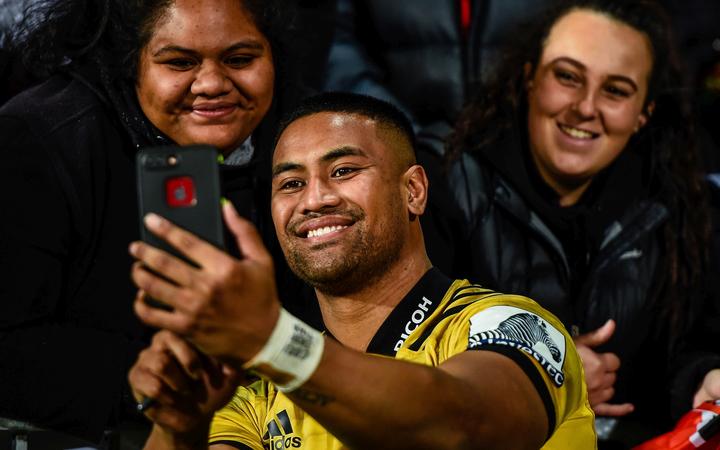 The former All Blacks wing has spent the last two years playing for Toulon in France, but failed to make a significant impact in the Top 14 competition.

He's now out of contract and with rugby off the scene because of the Covid-19 pandemic, there were few options.

Savea and his wife made the announcement of their return on social media.

In a podcast with his brother Ardie, Julian said he'd be looking for an opportunity back here.

However because of the pandemic, their return may not be for a while.

"Soon hopefully once everything dies down and I guess trying to get back into New Zealand Rugby maybe, but that's like five or six months because the covid-19 is still going."

"With no rugby on at the moment it was an easy decision to return home and be close to the family and train with the boys and just get my body and mind all ready to go for whatever is next."

Thank you to those who have supported me over the past two season here at RCT. I will forever be thankful for this experience and my time in Toulon. Very bittersweet moment not getting to end the season the way I wanted to, but also very excited for this next journey ahead of me. I want to thank all my brothers that I’ve played with over the past two seasons, you guys are very special to me and I’ve made some life long friendships I will cherish forever. I want to thank @rctofficiel, the coaching staff and the management for always being good to us. It’s been a long journey and not a pretty one either but the highs definitely outweigh the lows ❤️❤️

"At the end of the day I'll be grateful for anything, ideally I'd love to be back with the Canes brothers, if that doesn't happen then I'll see my other options and it could be another franchise, it could be Japan, it could be maybe the Warriors, I don't know."

"We are aware Julian Savea is making a return to New Zealand. Hurricanes management will keep an open mind about future possibilities."