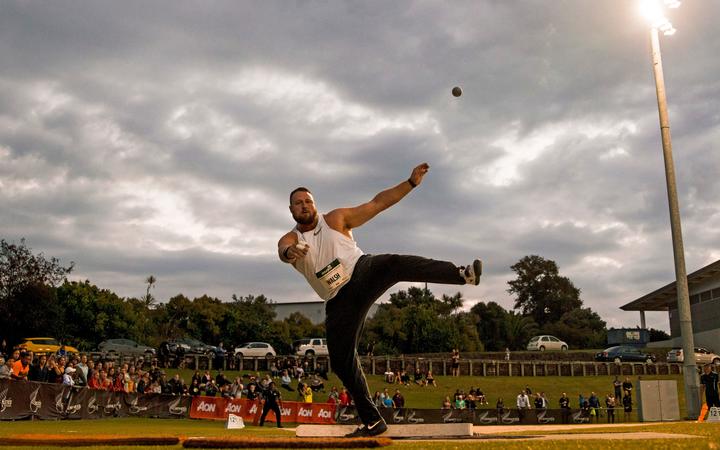 World Athletics has announced a reduced calendar to run between August and October, including a number of Diamond League meetings.

Athletes will not earn Diamond League points this season and there will not be a single, 24-discipline final in Zurich as originally planned.

The 11 meeting calendar remains provisional, the League said, adding that each meeting organiser would review and announce the format of their competition and which disciplines will be included two months before the event takes place.

Walsh, who is the two-time defending Diamond League champion, says while the competition is still a few months way, he's cautious about actually getting there.

"I guess the next step from here is whether I actually get to there physically or not.

"They are all over the world in America, Europe, the Middle East and Asia and so some places I may be able to get to and some I won't.

"Obviously it's something to look forward to but I don't think I can rely on getting to them, I think we've got to figure out what we want to do in our winter season and from there if I can make the trip overseas to do some of the Diamond League and Continental Tour then that is something we'll try to do."

Walsh, 28, admits he'll probably have to change the way he travels also.

"We might actually have to be reasonably smart around how we can actually get there and go into two weeks lock down before I can compete.

"So all that kind of stuff will come into play and you get more and more information all the time so what we know now about travel will be completely different in two months time.

"It's very good for athletics as a whole for them to work towards a competition season, but a lot of things can change between now and then."

"They're great at finding all the information required and feeding it to us and give us their point of view on whether it can work or not so we're definitely planning on all of the winter in New Zealand and maybe Australia if that opens up and then that (the Diamond League) is just the cherry on top if it happens."

Walsh said the forced time at home has allowed him to work on a few minor things in his throw, which normally he wouldn't have time to do.