Latest - English Premier League football players will be prohibited from tackling and pitches will have to be disinfected when clubs return to training as part of plans to prevent the further spread of Covid-19. 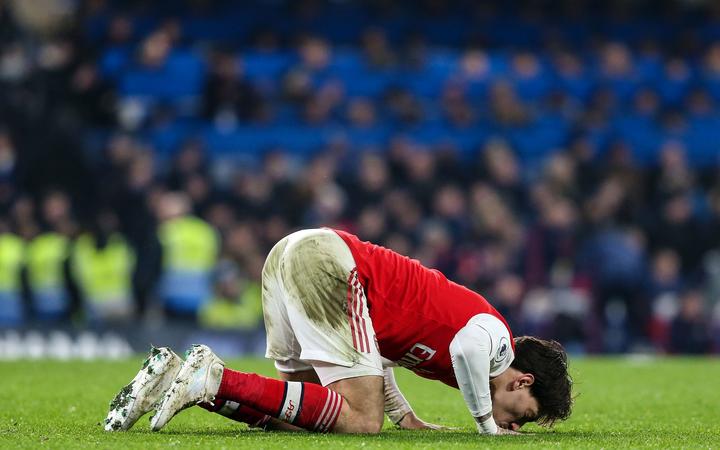 Citing an official protocol sent to Premier League players and managers outlining conditions for returning to training, a BBC report said pitches, corner flags, cones and goalposts would have to be disinfected after each session.

Players will be tested twice per week for the virus and take a daily temperature check, while they will also be forbidden from congregating together or travelling to or from training with team mates, the report added.

The Premier League did not immediately respond to a request to comment on the BBC's report.

English football has been on-hold since March along with most leagues across Europe due to the pandemic.

Yet while clubs across the continent have begun training again and set dates for re-starting their seasons, England's top-flight is yet to confirm plans for returning to training or matches.

Germany's Bundesliga is set to become the first of Europe's top five leagues to start up again when matches resume on Saturday, while the Polish, Austrian and Portuguese leagues have also confirmed start dates.

Fifa tournaments moved to next year

This year's women's Under-20 Fifa World Cup tournament in Costa Rica and Panama has been moved to January.

The tournament, which New Zealand has qualified for, was originally scheduled for August and September.

The women's Under-17 World Cup in India, originally planned for November, has also been rescheduled for February 2021.

Dates were confirmed after taking into account the time needed to complete qualification tournaments.

The Oceania under-16 tournament scheduled for Tahiti in April was postponed.

Sunwolves keen to play in Australia

Japan's Sunwolves says they're eager to participate in Rugby Australia's proposed tournament in July as it would allow the side to leave a legacy before their Super Rugby departure. 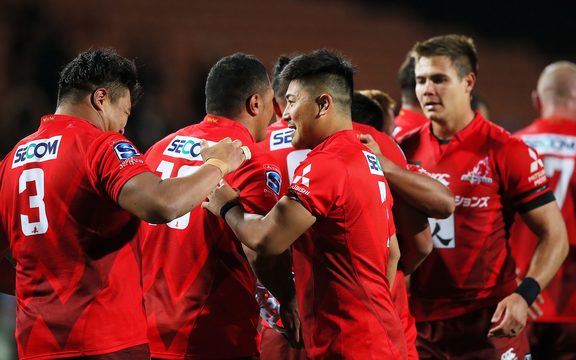 On Monday, Rugby Australia said they were looking at potentially including both the Western Force and the Sunwolves in a competition with their four Super Rugby sides to start in early July.

The resumption of Super Rugby is impossible because of international travel bans so Australia is looking to follow New Zealand's lead by setting up a one-country competition to get players back on the pitch.

Before Super Rugby was suspended due to the coronavirus outbreak, the Sunwolves were playing in their final season before being axed from the otherwise southern hemisphere competition.

Sunwolves CEO Yuji Watase welcomed the proposal and said he would be happy for the team to be based in Australia for the duration of the competition.

Rugby Australia said the competition would last for 12 weeks from early July with the last two rounds encompassing the playoffs and final.

Ferrari announced yesterday that four times world champion Vettel would be leaving them at the end of the season.

McLaren's Sainz and Renault's Ricciardo, considered the leading contenders for one of the most coveted seats in the sport, were team mates of Dutch 22-year-old Verstappen at Toro Rosso (now AlphaTauri) and Red Bull respectively.

"I guess also very soon we'll find out who the replacement is going to be. It's definitely not me, I can tell you. I'm at Red Bull," said Verstappen, whose contract runs to the end of 2023.

Both Ricciardo and Sainz, already on his third team at the age of 25 after a stint at Renault before McLaren, are both out of contract at the end of the season.

Scoring a try by grounding the ball against the goal post protector will no longer be possible after the World Rugby Council approved an amendment of the scoring law.

World Rugby said that with defending players currently obliged to stay behind the goal-line and post-protector shape and size increasing for welfare reasons, it was increasingly difficult for teams to legally defend this area.

The risk of injuries has also increased with defending teams moving post protectors and leaving posts exposed, it added.

According to the amended law, players will now need to ground the ball in the opponents' in-goal area for a try to be scored.

The change was approved by the World Rugby Council following recommendations by the international federation's Rugby Committee and specialist Laws Review Group.

PGA will charter flights for players

The PGA Tour plans to use chartered planes to shuttle golfers and caddies between tournaments when the circuit returns from its coronavirus hiatus at the Charles Schwab Challenge in June.

Kevin Streelman, a two-time winner on the PGA Tour, told Golfweek that the plan is part of safety measures being put place to protect players and caddies during the Covid-19 pandemic that forced a shutdown of the PGA Tour at the Players Championship in mid-March.

The PGA Tour released a revised schedule in April with the first four events to be played without spectators, starting with the June 11-14 Charles Schwab Challenge in Fort Worth, Texas.

In addition to the Charles Schwab Challenge at Colonial Country Club, the tournaments currently slated to be held without fans are the RBC Heritage (June 18-21) in Hilton Head, S.C., the Travelers Championship (June 25-28) in Cromwell, Conn., and the Rocket Mortgage Classic (July 2-5) in Detroit.

The first tournament tentatively preparing for spectators is the July 6-12 John Deere Classic in Silvis, Ill. followed by the Memorial.

No mascot for Cologne

Cologne will be without their mascot, Hennes the goat, for the first time in 12 years when they resume their Bundesliga football season this weekend against Mainz 05, with the animal having fallen victim to strict health regulations.

The Bundesliga becomes the first major sports league to restart on Saturday after a break of more than two months due to the COVID-19 pandemic but games will be played in empty stadiums.

Just over 300 officials and staff are allowed in or around the stadiums for each league game, to reduce the risk of infection and players have been quarantined all week to avoid contact.

Among those who failed to make the cut are all mascots, including Hennes, who is paraded onto the pitch at the start of each home game.

According to Cologne newspaper Express it will be the first time since 2008 that Hennes or any of his namesake predecessors failed to appear before kickoff.