By Suzanne McFadden for Newsroom. 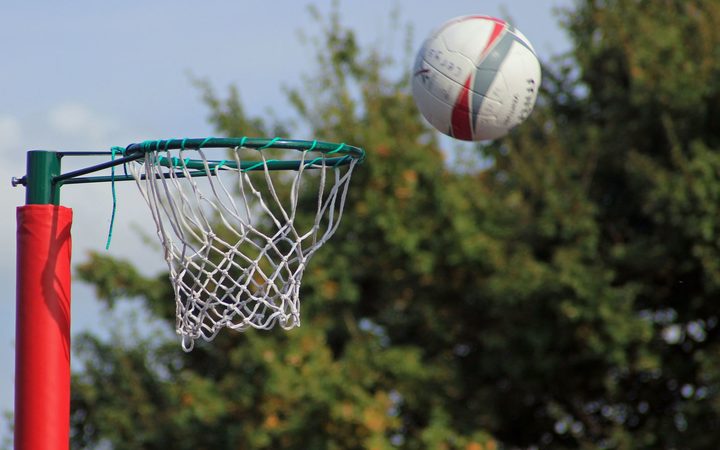 In a move to stay relevant to their young players, Netball New Zealand have taken a student onto their executive board for the first time.

She knows how important - and historic - it is to be representing the voice of youth on netball's executive board for the first time since the sport's governing body formed almost 100 years ago.

For the 19-year-old, who grew up in the small settlement of Waikite Valley in the heart of the North Island, the privilege to be an intern on the board is huge.

"If you'd told me this time last year that I would be sitting on this board, I would have said 'What are you thinking?'," the University of Otago student says.

"It's so exciting. I'll be championing the youth voice and bringing our ideas and viewpoints to the table to make sure the product that netball delivers is what youth want to engage it."

Netball NZ chief executive Jennie Wyllie says having Trent on the board is part of the sport's new youth strategy.

"It's important to have the voice of the next generation, especially for building relevant opportunities for participation. We need to make sure we're always checking in with the people we want to participate in netball," she says.

Especially at a time where the sport is about to rebuild from the complete shutdown of play forced by Covid-19. And when youth are a significant part of the sport: just over 27,000 girls play netball at secondary school level, and almost 13,000 students coach netball teams.

"Having a diversity of thought when we're making decisions is really important for the sport," Wyllie says.

"And Georgia is incredible. I see her as a future leader - in whatever field she chooses. I feel a great sense of pride that we might be able to shape her on her journey wherever she goes."

Netball is without doubt Trent's foremost passion. She's played for school, club and now university, as well as coached and umpired the game. And in the past year, she's expanded her netball immersion to its governance.

She's in her second year of studying sports management at university, so learning the pathways of governance through being directly involved in them ties in perfectly, she says.

And she also has an ambition to bring netball and other sports together, so they can learn from each other.

Trent first caught a netball when she was six, at the tiny Waikite Valley School - halfway between Rotorua and Taupo - with a roll of around 75 kids.

In Year 7, she moved to Havelock North to the all-girls boarding school, Woodford House.

"It was really hard the first couple of years, living away from home, but it turned out to be the best thing. It made me give things a go, be very independent and take everything in my stride," she says.

By her last year at school, in 2018, Trent was the head prefect. She was also head of netball on the school council, played in the premiers team, coached younger school teams, and on Saturdays, umpired top-grade Hawkes Bay netball. She was recognised with regional awards for her umpiring.

"I managed to commit to playing, umpiring and coaching in that final year. My parents and my friends said: 'What are you doing?'" she says. "But we made it work."

Then her PE teacher, Charissa Barham - who's also Netball NZ's youth development manager - approached her with a proposition that had her intrigued.

"She said, 'We're starting a Netball New Zealand youth board, and we'd love to get you on board'. And it's just gone on from there," Trent says.

"It's really cool to bring together youth from across the country - who've all had different experiences in netball, but all have the same passion for it - and bounce ideas off each other. We want to create an environment where youth is championed."

Trent and Vika Koloto - a former NZ secondary schools player and now training partner for the Northern Stars - spoke at Sport New Zealand's CEO Forum about how they'd established the board.

The fledgling youth board was also asked to contribute to Netball NZ's new strategy plan for the game. Trent presented their input to Netball NZ's council - alongside Wyllie and netball legend Dame Lois Muir.

"I'm most impressed with her bravery," Wyllie says. "She stood up in front of 180 people and she delivered." That led to her stepping up on to the Netball NZ executive, joining the eight other directors on the board.

So what is it that youth want from sport, and in particular netball?

Some want to be competitive and make it to the top of the sport, Trent says, while others just want to have fun with their friends.

"I always played competitively, but it wasn't my goal to be a Silver Fern. And I still love the game," she says. "I definitely think having the performance pathways are important, but there also has to be a space where you can have fun with your friends.

"It doesn't have to be four 10-minute quarters of a seven-a-side game. There's the opportunity to play FAST5 in lots of centres at the moment.

"And there needs to be an authentic connection - over the lockdown period, there's been a lot of information thrown at us, like 'You can do these workouts', but there's hundreds of them online."

Admittedly, Trent is a big fan of one them - NETFIT, the free online programme hosted by Silver Ferns Laura Langman and Courtney Tairi that's been delivering fitness, netball skills and wellbeing to New Zealanders during lockdown.

Trent has been "obsessed" with the NETFIT movement since 2017, when she went on a tour to Los Angeles with its Australian founders, netballers Sarah Wall and Kim Green. She's been part of NETFIT clinics with Langman in New Zealand.

Another project Trent is involved in is a cross-code initiative between netball, cricket and rugby. 'Game Changers' is an online platform aimed at young sportspeople, where they can hear about the experiences of three ambassadors from the sports - Silver Fern Irene van Dyk, All Black Eroni Clarke and White Fern Maia Lewis - but also have their voices heard, Trent explains.

"We're hoping to create a cross-code sports council from it, where we can share what works and what doesn't in our sports, and give things a go," she says.

"It's important to ensure that the youth voice is heard. It's about being open to change and listening to what youth want and then adapting to the game that youth want to see."

- This article was first published on Newsroom.co.nz.