Analysis - Sam Cane has completed his ascent from schoolboy prodigy to All Blacks captain, so what kind of leader will he be? 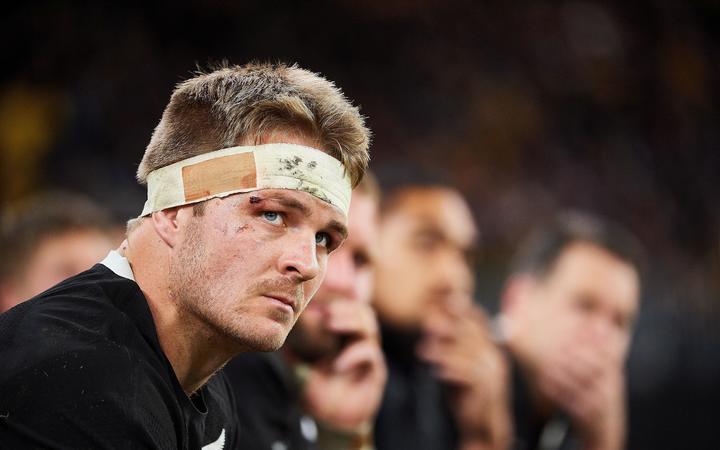 Cane, 28, has played 68 tests for New Zealand becomes the All Blacks 67th test captain, taking over from Kieran Read who left New Zealand Rugby for Japan at the end of last year's World Cup.

All Blacks veteran Sam Whitelock, who's played 108 tests and has captained the All Blacks three times, including at the World Cup, was seen by many pundits as the likely successor to Read.

However, new All Blacks coach Ian Foster coach has opted for Cane.

"Sammy Whitelock had a pretty special relationship with Kieran Read and there was a lot of synergy there and it was almost seamless when we went from one to the other and I thought Sammy Whitelock could be a great All Black captain.

"That wasn't the debate, but looking at the group that we think we might have, we just felt that Sam's style might be more condusive to this particular group. Sam is 28, he's been in the leadership group longer than Whitelock, two great people, but Sam has a great style. He's well recieved by his team-mates.

"He's open and honest and transparent with the media and public and that's really important in this era. We have a team that wants to be open, wants to be adaptable and wants to listen, and I think he'll reflect that really well. I love the way he says it as he sees it (talking to wider issues in society). It might get us in trouble at times but that's okay because he comes from a really good place. One of the reasons we want him as captain is because we want to hear his opinions and hear his voice. I think it will be very positive."

Foster said Cane was a 'follow me' type of leader and a very good thinker in the game. He has a natural ability to connect with everyone in the team and is straightforward and direct when he needs to be.

"Over the last few years he has grown into his own skin... he's not afraid to challenge and question.

"He likes clarity and he feels if he's not clear (about what's happening) then the team's not clear - so he asks a lot of questions, which can be a bit frustrating at times but that is the beauty of him as a captain." 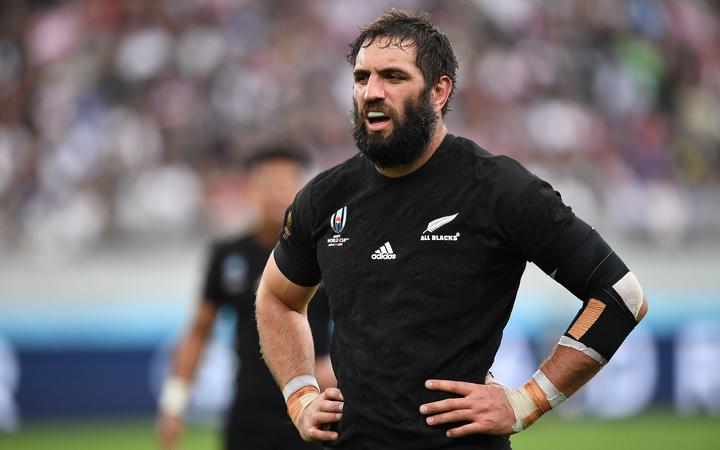 Reading between the lines it seems Cane was preferred to Whitelock due to his ability to build rapport with younger players, particularly those with Māori or Pasifika descent. It appears Cane has a stronger relationship and greater desire to work with the rookies in the All Blacks environment. He's been doing this at the Chiefs for years.

Players are more routinely looking to use their platform to address issues in the game and society and draw attention to any inequalities present in rugby and the wider world. Cane represents that new breed, and the breaking down of the All Blacks "old boys club", where rookie players were often intimidated or ignored.

Kieran Read ushered in that era, Cane is more likely to continue that progress than Whitelock.

Whitelock is slightly older at 30 and was also ready to walk away from New Zealand rugby until they made concessions in his contract, including taking this year's Super Rugby season off and putting in an early exit clause. His commitment to the All Blacks can't be questioned, but he may well decide to leave before the next World Cup.

Cane's selection as skipper leaves Foster with a selection headache, how to fit both his captain and Ardie Savea, his best player, in the starting XV?

It seems clear both will regularly start, but will Cane move to blindside? Or Savea to number eight? Will they just play left and right of the scrum? A' la David Pocock and Michael Hooper at the Wallabies? If they both start, who comes in as the third loosie to replace Read? Is it someone like Scott Barrett or Luke Jacobson, who have the height and size the All Blacks have been looking for in a number six since Jerome Kaino departed?

Foster said all options are on the table, but he made it clear both Cane and Savea were all but irreplaceable.

"We're desperate to get our best players on the park and both players at the moment would be selected. We've got some really good options with Ardie and Sam there. How the balance works could be affected by who puts their hand up to join the loose forward trio now Kieran Read has left in that number 8, blindside type roll.

"Ardie is a massive part of our plan going forward, as is Sam Cane, so I'm pretty sure we'll find a way to have them both playing and both playing really well. If you have Sam and Ardie on the field, do you need a taller six to help in the lineout? Those are things we'll have to work out."

Foster has all but given up on the All Blacks three tests in New Zealand in July, against Wales and Scotland, but he's confident international rugby will return at some point in 2020.

He believes the All Blacks first tests this year are likely to be against New Zealand's closest neighbours and he's predicting his first internationals in charge will be Bledisloe Cup games against Australia.

"Really you have to look at it and say the Bledisloe is the likely first cab off the rank. If you look at the Australia/New Zealand possible bubble, then that would certainly be an option and what a great option that would be.

"Really confident that we'll play. Obviously we (New Zealand) are trending well (with regards to Covid-19), there's a lot more hurdles to go and we have to be really sensible with how we go about things. But you'd want to be an optimist. I can see a different year, I can see us finishing later, but the sad thing is I can't tell you when that will be because who knows when borders are going to open. When they do we have to be ready and the game has to be adaptable enough and brave enough to make some big decisions."

While the All Blacks' plans for this year are still unclear due to the pandemic, Foster believes some form of Super Rugby and provincial competitions will resume when the country moves to Alert Level 2, with the government set to decide if New Zealand moves out of level three lockdown on Monday.

"We're (NZR) doing a lot of planning behind the scenes for every scenario. Once the government announces something, I'm pretty sure that we'll be ready to say pretty quickly what we're going to be doing. So you should hear pretty soon."