Latest - The UCI has published a heavily revised international cycling calendar with the Giro d'Italia to start of October 3rd and the Spanish Vuelta will be held from October 20th. 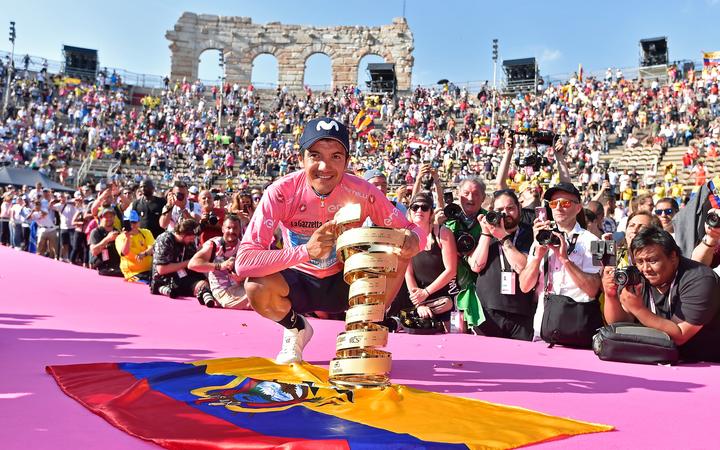 Four of the top five one-day races will also be held in October, making for a frantic month of cycling following the coronavirus pandemic that has brought almost all of world sport to a halt since March.

The World Tour season will officially begin on August 1st with the Strade Bianche one-day race and end with the Tour of Lombardy on October 31st, with the three grand tours of France, Italy and Spain sandwiched in between - although the Vuelta won't be completed until November 8th.

The UCI said on its website https://www.uci.org/road/news/2020/the-uci-unveils-the-revised-2020-calendars-for-the-uci-worldtour-and-uci-women-s-worldtour the new calendar would give different types of riders the most opportunities for races within a short time frame.

The sport's governing body is now working on health rules for teams, riders and race organisers, and all cycling will remain subject to the progress of the coronavirus, president David Lappartient said.

Rafael Nadal does not expect to return to play competitive tennis until 2021 due to the coronavirus pandemic, which has decimated much of this year's calendar. 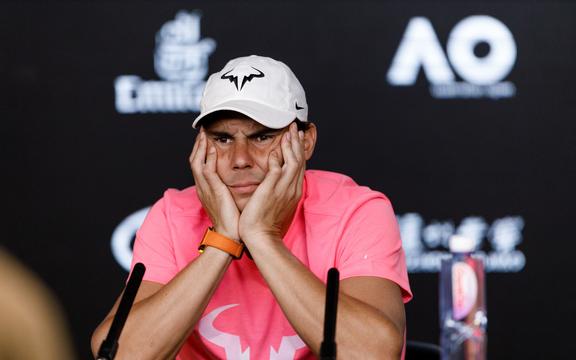 "I hope we can return before the end of the year but unfortunately, I don't think so," the world number two told Spanish newspaper El Pais.

The pandemic has led to the cancellation of Wimbledon and the postponement of the French Open to September, while the status of the U.S. Open, scheduled to take place as usual in late August, is still unclear.

Nadal, however, said he had practically written off the remainder of the year and was looking to the Australian Open in January 2021 as the next tournament he will play.

"I'm more worried about the Australian Open than what occurs at the end of this year. I think 2020 is practically lost. I hope we can start up again next year, I really hope that's the case."

English cricket is braced for losses of up to $780 million if no matches are played this summer due to the coronavirus pandemic, according to Tom Harrison, CEO of The England and Wales Cricket Board.

The cricket season was due to begin on April 2, but no matches will be played now until the start of July at the earliest.

The sport's new competition, The Hundred, which Harrison described as a "profit centre" for cricket that was expected to add $23 million of revenue to the game in its first year, has been postponed until next year.

A three-match Test Series with the West Indies originally scheduled for June has been postponed until later in the summer.

England are due to play a series of T20 and one-day internationals against Australia in July and a Test series against Pakistan in July and August.

Harrison was still hopeful some Test matches would take place without spectators, which would still incur a loss of around $200 million. But he said such matches were subject to serious logistical difficulties while the coronavirus continues to be a global threat.

Mike Tyson's decision to return to training has been met with enthusiasm from fans and some fellow fighters after the release of a short video that shows the 53-year-old still has plenty of speed and power as he ponders boxing in exhibition bouts.

The former world heavyweight champion, who said he could return to the ring in exhibitions to raise money for charity, posted a training video https://www.instagram.com/p/B_qAaOHFtwj on social media that has been viewed more than nine million times.

The video shows American Tyson, the first heavyweight to hold the WBA, WBC and IBF titles, working the pads with trainer Rafael Cordeiro.

Tyson retired after a loss to Kevin McBride in 2005, but more than a decade on, there is already a buzz about his potential return to the ring.

"Can't believe, this is another level," UFC lightweight champion Khabib Nurmagomedov said on social media after seeing the video.

If Tyson does return to the ring, he will be following in the footsteps of Floyd Mayweather Jr and Manny Pacquiao in coming out of retirement for an exhibition fight.

Former heavyweight champion George Foreman, however, said 'Iron Mike' had given enough to the sport.

Tyson, who became the youngest heavyweight champion of all time when he defeated Trevor Berbick in 1986 aged 20, won 50 of his 58 professional fights before retiring.

Djokovic given permission to train

The Spanish tennis club where world number one Novak Djokovic was seen training in violation of the rules of Spain's lockdown to fight the novel coronavirus pandemic has confirmed it had given the Serbian permission to play there.

Djokovic posted a video of himself on Instagram practising on a court at the Puente Romano tennis club in Marbella on Monday, the first day athletes were allowed to return to individual training in over a month.

But the Spanish tennis federation later released a statement to clarify that tennis players were not allowed to return to courts until May 11, and were only permitted to conduct individual training outside.

"We understood that professional athletes were able to train and authorised Mr Djokovic to use our facilities. After speaking with the tennis federation they made it clear to us he had to wait until 11 May to use the tennis club," said the Puente Romano statement.

"We shared this clarification with Mr Djokovic and both parties have agreed to restart training from that day. We regret that our misinterpretation of the rules may have inconvenienced Mr Djokovic in good faith."