The New Zealand triathlete Hayden Wilde believes he'll be better off with another year under his belt before the Tokyo Olympics. 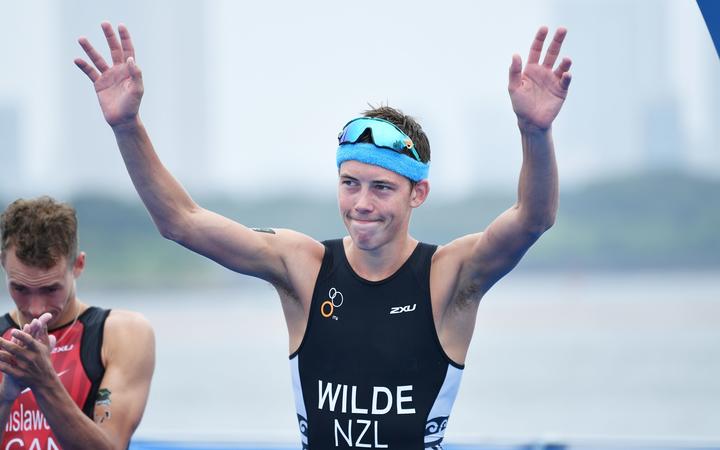 The 22 year old appeared set to be named in the New Zealand team before the International Olympic Committee and Tokyo organisers decided to postpone the Games until 2021.

"Tokyo being pushed out for another year is great for me, it gives me an extra year to train, I'm still young so it's a bit of a bonus for me, I'll be a year older and a year stronger hopefully."

Triathlon New Zealand's General Manager of Performance, Hamish Carter was 33 when he won gold in the event in Athens in 2004.

"Everyone wants to race this year obviously, it would have been just 12 weeks away but I'm happy that they've made the right decision for everyone's health and I look forward to putting my head down for another year and trying to get selected for New Zealand, said Wilde."

Wilde started his career as a teenager in off-road multisport events, winning the 2 day Coast to Coast and the Xterra under 19 World Champs before heading onto the road three and a half years ago in an attempt to fulfil his dream of going to the Olympics.

Wilde, like the rest of us, was in lockdown over the last few weeks, but over the last week has returned to some outdoor training.

He was very strict on his isolation and kept to indoor training and when the country went down to level three he was able to return to a bit of outdoor riding and swimming.

"It had been about 40 days since touching the water which is quite unnatural for any sports person."

"If you haven't been doing it for so long and you come back it's extremely unnatural especially the feel of the water which is important and if you lose that it's quite hard to get back, so I'll say that'll take a coupe of months to come back for sure."

"It was nice to get back into the water and splashing about and trying to focus on technique and that's what it's going to be like for the next couple of months.

Winter isn’t here just yet, but it’s definitely knocking on the @craig.kirkwood

Wilde finished third in the Tokyo test event last year and since then his world ranking has risen to number 11.

He was due to be competing in Abu Dhabi in early March before it was postponed, so he made a quick trip to Christchurch to compete in the National Track and Field Championships.

He won the 5000 metres, adding his name to a list that includes the likes of Dick Quax, Rod Dixon and Nick Willis.

Wilde says he and his coach Craig Kirkwood decided competition on the track would help him with tactics while running in the lead pack.

Under normal circumstances he would normally have been heading overseas to compete, however his competition at the moment is restricted to online.

He's been competing in the Triathlon New Zealand Zwift cycling series where athletes use smart trainers and compete against others in their homes.

He's had some success and could win the overall series in this weekend's sixth and final race, however generally the specialists cyclists have had the better of him, especially in a sprint finish.

"You'd hope they would to be honest, you wouldn't want to be beaten in your sport." 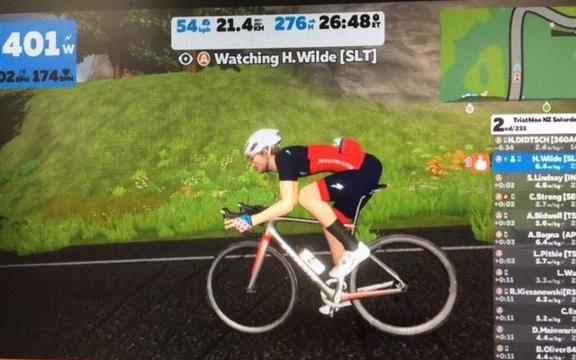 "For us it's been great competing against all these cyclists as well as racing against people I normally race which is awesome, so you can't get the best of both worlds, you get pushed extremely hard and the competition is healthy so it's enjoyable."

So Wilde, like most other top athletes, will be having long periods of training before any competition resumes, especially those who would normally have to travel the world to compete.

"We've just discussed a plan of having a really good endurance block and getting a lot of mileage under the belt, get a good base and then when we get the word that there will hopefully be some racing in Europe at the end of the year we can start building towards it."

"But at this stage we're just trying to enjoy training because you don't want to just be training and not enjoying it, so we're doing things we haven't done before, just playing around and having a bit of fun with it."