The global leader of women's rugby will not budge on the timing of the 2021 Rugby World Cup in New Zealand despite concerns about how close the event is to the Tokyo Olympics. 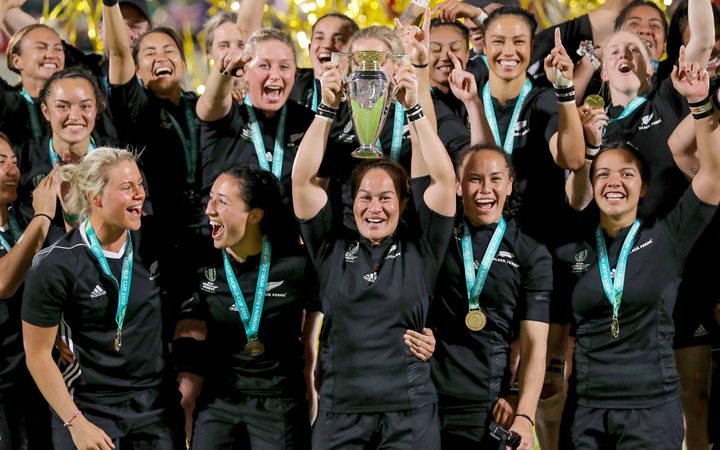 "I talk about 2021 being the golden year for women's rugby I don't think there'll ever be a time again, hopefully, that you've got the Olympic Games and a Rugby World Cup this close together and in the same year so you know that provides such an amazing opportunity in terms of a long term profile campaign of lifting the game," Sadlier said in an online chat to Women in Sport Aotearoa from her base in Ireland.

A number of top players, including some from New Zealand, prior to the postponement of the Tokyo Olympics had planned on competing in sevens at the Olympics in Tokyo and representing their country in fifteens at the Rugby World Cup in New Zealand.

The seven week time frame between events could now make that harder.

Sadlier said player welfare was important to World Rugby and working on how to avoid overloading players would be a challenge.

However, she said World Rugby would not be making concessions on the timing of their pinnacle event in September and October next year because the growth of the game since the last World Cup in 2017 meant fewer countries needed women to play on both the sevens and fifteens team.

"We're not talking about changing the dates of the World Cup, New Zealand has an incredibly busy year in 2021, so we'll be looking at how we can move other events around that."

Born in Scotland and raised in Canada, Sadlier made New Zealand her home, representing her adopted country at the 1984 Olympic Games in synchronised swimming, before going on to win a bronze medal at the 1986 Commonwealth Games.

Following her retirement from international sport, Sadlier moved into sport governance and led the establishment of the New Zealand Academy of Sport network in the late 1990s.

Sadlier was appointed to her position with World Rugby in 2016 and she said she has worked to "normalise" women in rugby.

During the shutdown of rugby due to Covid-19, Sadlier said her colleagues around the world have used the opportunity to connect and make sure that the women's aspect of the game is still being advocated for.

"I think that is a major challenge and this is something that rugby has really taken on board, we say that women's rugby - and we are committed to the fact - that women's rugby is the strategic growth area for the game and with that it means we have a series of people that are advocating for that inside World Rugby and round the globe to make sure that it is front and centre while we are looking at business recovery packages."