The former Chiefs rugby coach Dave Rennie says he's fully committed to taking up the reins at the Wallabies but is disappointed the woman who hired him is gone. 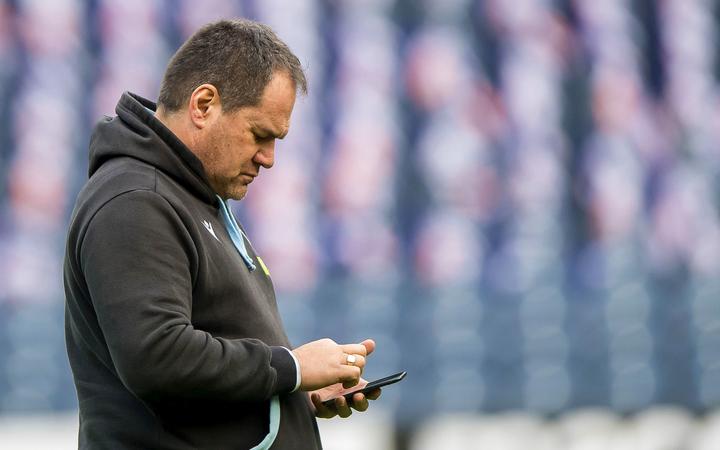 Raelene Castle who was responsible for recruiting Rennie suddenly resigned as CEO of Rugby Australia last week having lost the support of the board.

Rennie is currently in Scotland coaching the Glasgow Warriors but his contract finishes up in June when he will relocate to Australia.

"I am really gutted at the decision to move Raelene on. She is a big part of the reason I signed with Australia. I was really impressed by her. She had a real clean plan over what the next few years looked like," reported The Scotsman.

"I am really disappointed. But she exited with really dignity and class. I am disappointed with the decision but clearly I want a chat with the board and get clarity over what the plan looks like now," Rennie said.

"I am still very committed and we have been doing a lot of work in and around preparation for when the new season comes around.

"I've been in constant contact - probably every second day I'm talking to people in Australia, as we are over here," Rennie told The Scotsman from his Stirlingshire home.

"[Former Scotland Rugby Director] Scott Johnson, who also played a big part in getting me over there - we're talking all the time. We've got a management group that's trying to drive stuff and connect with Super Rugby coaches.

"I think the relationship that we've been able to establish with all Super Rugby clubs has been really good and has made a difference. We're all trying to work together to improve the athletes, especially when they're isolated."