Black Caps batsman Tom Latham has won a prize for the first time at the annual New Zealand Cricket Awards. 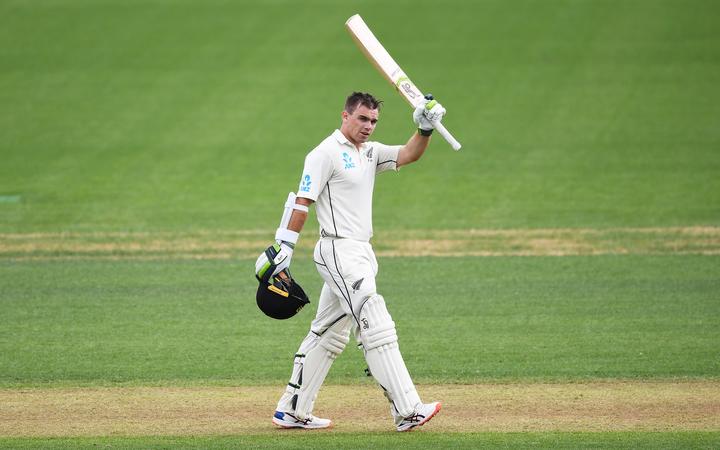 The Test opener claimed the Redpath Cup for first-class batting on Wednesday, which was day two of the modified awards ceremony for 2020.

Latham hit 875 runs in 12 matches and made three centuries, highlighted by a superb 154 against Sri Lanka in Colombo.

"This season we faced some of the very best bowling attacks in the world and Tom was an absolute rock at the top for us," Black Caps coach Gary Stead said.

"Even in Australia when we were under severe pressure he managed to dig in and deny them for extended periods of time - it's that courage and determination I really admire."

Latham's season was also notable for his selection in the 2019 ICC Test Team of the Year, alongside BJ Watling and Neil Wagner, as well as being awarded his 50th Test cap in the New Year's Test against Australia at the SCG.

Team-mate Tim Southee picked up the Winsor Cup for first-class bowling for the third time.

The veteran seamer proved a red-ball bowler for all conditions this season, claiming 41 wickets at an average of 22 on pitches in Sri Lanka, Australia and at home in New Zealand.

"When you see the great players who have won the award in the past it's pretty humbling to see my name on it," Southee said.

"The Test win in Colombo was really special as we were able to bounce back from a defeat in Galle in challenging conditions.

"The way we played our Test cricket at home this summer was especially pleasing. To beat England first up was a great effort and then to perform so well against a very good Indian side was immensely satisfying."

Meanwhile, at domestic level, the accolades continue to come for Devon Conway.

It was also double delight for Northern Districts batter Katie Gurrey, who collected both the women's player of the year award and the Ruth Martin Cup for domestic batting.

Gurrey totalled 992 runs across the Hallyburton Johnstone Shield 50-over and T20 campaigns and said it meant a lot to win the top women's domestic prize.

"To win any award at this level is a great honour.

"It's one of those awards that you hope you may win one day - and now to have achieved it is an amazing feeling."

The Wellington Blaze player made the 2019-20 season her own with the ball, earning her maiden ODI and T20 international call ups.