New Zealanders have been quick to return to social sport under alert level 3. 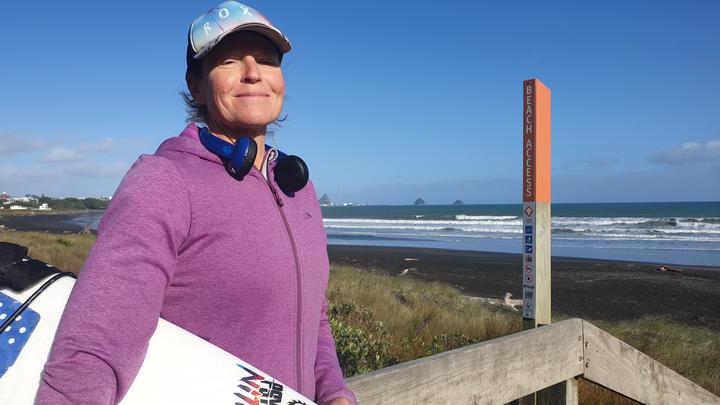 Not every sports facility that could be open, was open, but people were finding plenty of ways to keep active - and physically distant - now that they could get back to their preferred pastimes.

Tuesday was a great day for a return to sea swimming for Wellingtonians.

Paul Rodway, who is a keen triathlete, said there were not many people at a sunny Oriental Bay at 8am, when he went for his first dip for a while.

However, he did notice a drop in the water temperature since the last time he'd been out.

"I was kitted up in all my gear, I put on as much warm stuff as I could get on a wetsuit and so forth and dived in," he said.

"My God it was cold, but what a wonderful day for the first swim in five or six weeks."

But local surfer Kate Giles was determined to head out for her first surf in 33 days.

"It's really, really bad but I just want to get in the water, get some salt in the hair and get out there and have a paddle.

"I would never usually surf that - not a chance - but [it's] desperation."

Another one who was not going to let the less than perfect conditions stop him was Jamie Mahia-Andrews.

The national paddleboard champion noticed a break from surfing had changed him in more ways than one.

"Today was more relaxed because I'm not so fit and on my part I was a bit more courteous to the others.

"Usually I'm just head down and go hard, it was just nice to say hello." 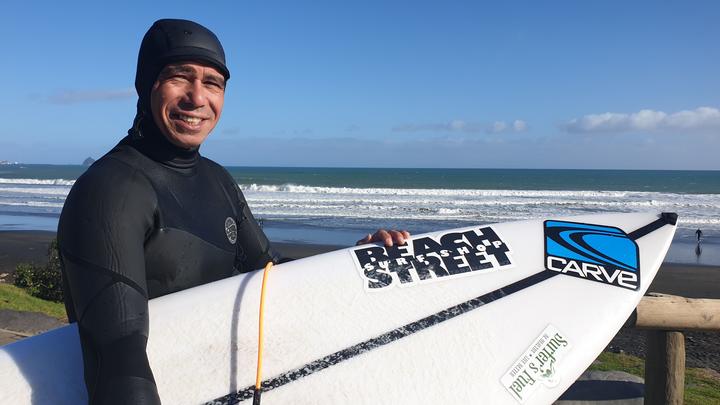 For those sticking to land-based sports, North Shore Golf Club sent members a 20-point list of what could and could not happen at a golf course under alert level 3, and it was translated into several languages.

Club manager Rowland Griffiths was pleased with the way members responded on the first day back, but said he would keep watch to make sure only those who should be playing together were.

With tee times extended from every seven minutes to every 10 minutes, Griffiths said his biggest struggle was finding a way to safely get more players out on the course.

"We went live with our booking sheet on Saturday and within six minutes it was completely full, so that tells you just how many people wanted to play.

"Sadly, because you are only allowed to play within your bubble, the majority of the tee times we have are single so just people who want to come out and play."

Wanaka Tennis Club was one of the few clubs around the country which reopened the courts on Tuesday.

Many tennis clubs said they could not easily operate in a way that satisfied alert level 3 rules.

However, Wanaka Tennis Club president Jeanette Hatten locked the clubrooms, shut away the outdoor furniture and offered a gate code to the courts for members who gave her a call.

"I know there were quite a few people who were keen to get out there and play tennis and I just feel that people should be able to.

"Somebody said to me what about the people that can't play in their bubble, it's not fair for them. It's like well hopefully they'll be able to play in two weeks' time and people who have rung me have said 'thank you so much for opening up, this is so great'."

People who did venture out to their local sports club were being tracked, with registers in place to record who visited with whom and where they went inside the facilities.