Formula One plans to start its stalled season with two races behind closed doors in Austria in July with reports of more of the same at Britain's Silverstone circuit. 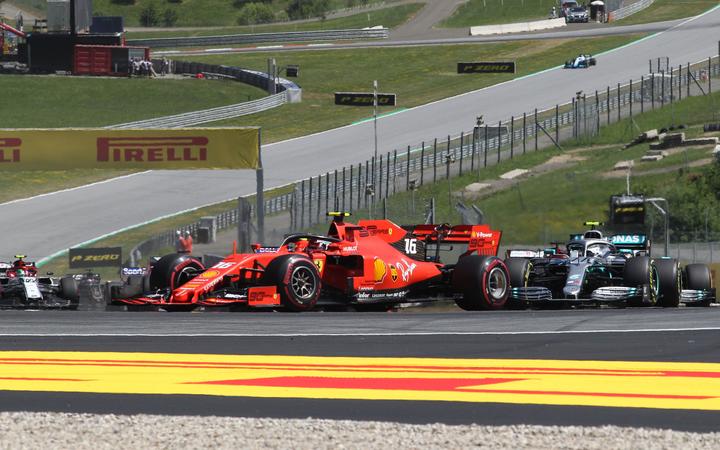 If they go ahead as planned, it will be a first for a sport that has yet to see a circuit host two races in a single season or any grand prix without paying spectators since the championship started in 1950.

The bigger challenge will likely be stringing together a championship of up to 18 races from continent to continent in a world still wrestling with the COVID-19 pandemic and mass fatalities.

"We still have to work out many issues like the procedures for the teams and our other partners to enter and operate in each country," Formula One chairman and chief executive Chase Carey said.

"All of our plans are obviously subject to change as we still have many issues to address and all of us are subject to the unknowns of the virus."

Ten races have been postponed or cancelled so far and the 10 teams and commercial rights holders Liberty Media are understandably keen to get going with television money and sponsorship at stake.

The target of 15-18 races, down from an original record 22, looks an ambitious one in the light of travel restrictions, government bans on mass gatherings and popular opinion.

Races in Azerbaijan, Spain, the Netherlands, Vietnam, China and Canada are among those hoping to be rescheduled with Bahrain and Abu Dhabi set to be paired at the end of the season in December.

Today's announcement, coming after the French Grand Prix followed Monaco in cancelling, at least provided some grounds for hope.

"Starting in Austria makes sense, a venue where maybe we can control the train set because Red Bull own that circuit," said commentator Martin Brundle.

"A smaller country, a smaller government to deal with, because the hoops to jump through and the logistics we need to sort out before we can get Formula One up and running again are pretty significant and challenging."

Austria, with fewer reported deaths in total from the new coronavirus than some larger countries have suffered daily, has already started to loosen its lockdown and has said it is not against the race being held.

The Red Bull Ring also has a nearby airport at Zeltweg capable of handling charter for F1 personnel, who would all likely be tested before departure.

Even with teams reduced to minimum staffing level and most media absent, marshals and medics and security would still likely take the on-site tally to well over 1,000 people.

Britain is home to seven teams and six-times world champion Lewis Hamilton but Silverstone would also be off-limits to spectators.

Silverstone managing director Stuart Pringle said he wanted the race to happen and the circuit was very flexible.

He was also encouraged that the authorities had indicated over the weekend that they were keen to start a dialogue between medical officials and sport.

"This is a situation which is unfolding and quite what the costs associated with that, the logistics, the complications G�� all of that is still being worked through," he told Sky Sports television.

"I think the challenge is much more around knitting together a season that will flow naturally and have the certainty that it will run," he added.